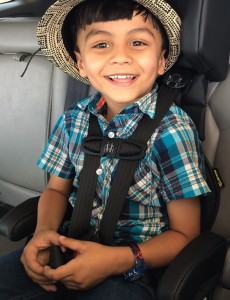 Note: The Car Seat Lady does not sell the IMMI Go and has no financial ties to IMMI. The Go is just a fantastic, super-versatile seat that we want you to know about.

IMMI is a worldwide industry leader for the past 50 years in the design, testing, and manufacturing of advanced safety systems. You’ve most likely used an IMMI product before, and just never knew it. IMMI makes the harness straps, crotch buckles, LATCH straps, and tether straps for many of the car seats on the market, especially the higher end seats like those made by Chicco, Clek, Britax, and Peg Perego to name a few. They also make vehicle seats – including school bus seats with built-in car seats. IMMI also has an entire line of 5-point harnesses designed specifically for school buses, including for children with special needs on buses.

What is the Go? 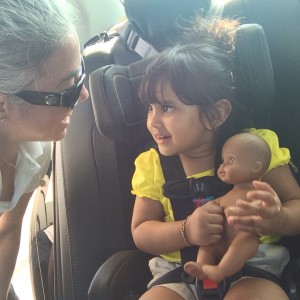 TheCarSeatLady Alisa with a 2-year-old in the Go

Who can ride in the IMMI Go?

To ride in the IMMI Go, a child MUST be AT LEAST:

Since the American Academy of Pediatrics’ guidelines are that kids should ride rear-facing until at least 24 months of age, we strongly recommend waiting to use this seat until after your child’s 2nd birthday. Yes, uberFAMILY is allowing the use of the IMMI Go starting at 12 months (so long as the child is also 22 pounds and 31 inches) as we know that otherwise parents will typically hold the child on their laps or wear the child in an Ergo in the taxi… and forward-facing in a car seat is a million times safer than being held or worn.

A child is TOO BIG for the IMMI Go when they are:

Why would I want the Go? 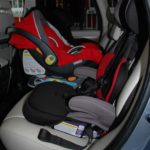 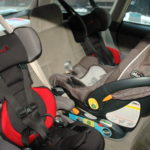 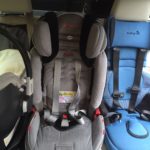 Can it be used on airplanes?

What are the disadvantages of the Go?

How do you install the IMMI Go?