Which car seats can be used on airplanes?

FAA sticker on a car seat (will ALWAYS be in RED)

Any car seat that has a label stating it is “certified for use in motor vehicles and aircraft” can be used on an airplane. Foreign seats (those purchased outside the US) can be used as long as they are labeled as meeting the standards of a foreign government or the United Nations. This includes infant seats, convertibles, forward-facing seats and combination seats with harnesses (often called “harnessed boosters,” these are allowed if used in 5-point harness mode). 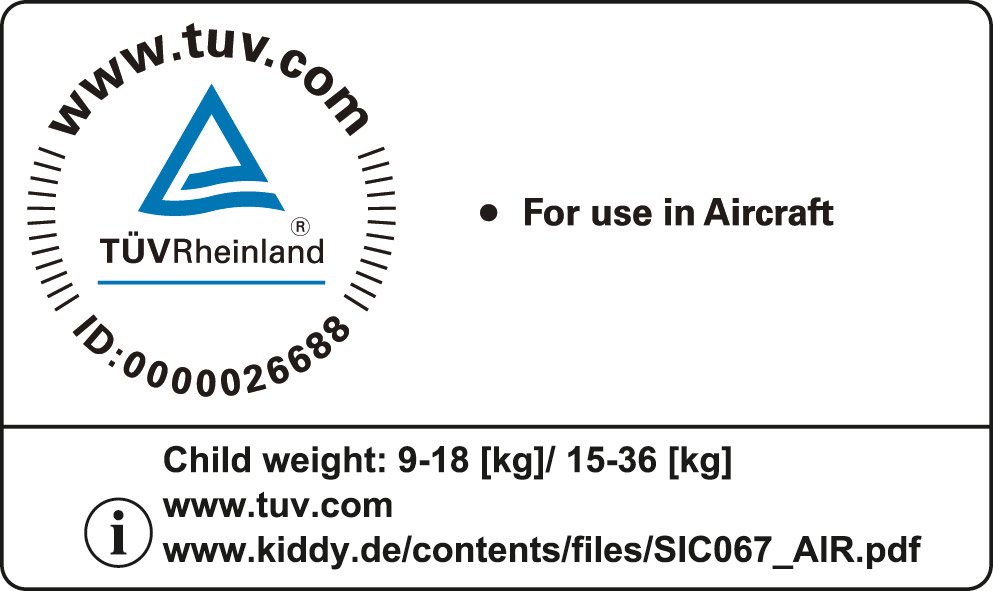 Which seats are best?

The narrower the better–car seats less than 16 inches wide will fit on most airplanes. It is most important that the car seat is narrow at the area that is between the airplane seats’ arm rests. If the car seat is wider at the shoulder area this shouldn’t be a problem. Check out www.seatguru.com to see the dimensions of many airplane seats.

Lighter car seats are also better for air travel, since you’ll need to carry them down the aisle and lift them up onto the seat.

Which car seats can NOT be used on airplanes?