We are surprised by some of the design choices in this Subaru as they relate to using this vehicle with kids in car seats.

The Ascent adds one and a half extra lower anchor positions above the government’s required minimum of 2 positions. However, both of the additional positions (2C & 3D) are likely to be functionally useless for most families as they are not aligned properly with their respective seating position which will make one car seat take up two seating positions. We would have liked to have seen 3 full LATCH positions in the 2nd row – like in the Volkswagen Atlas, Audi Q7, and Honda Pilot/Acura MDX. The Ascent has one set of lower anchors in the 3rd row, and for reasons we can not explain Subaru chose to put those lower anchors smack dab on top of the seat belt buckles for 3D & 3C, in a way that not only will obliterate 2 seating positions (3D & 3C) if you try and install a car seat using these lower anchors – but most car seats won’t tolerate being installed on top of two seat belt buckles that stick up into them. If we were to have chosen a place to put one set of lower anchors in the 3rd row, 3P is the clear winner in the Ascent as it is the only full-size seat in the 3rd row that can accommodate most car seats and boosters and wouldn’t affect the use of an adjacent seat.

It remains to be seen whether it is possible to have 2 car seats side by side in 2D and 2C and have 2P be able to slide for 3rd row access.

We would always recommend – with this and other 3-row SUVs and minivans – that families choose the 2nd row bench, rather than 2nd row captain’s chairs – as with the bench there is always an option for an adult to be able to sit in back with the kids (rather than the adult doing unsafe things in the captain’s chair version by trying to sit in back where there isn’t a seat… which puts everyone in the car at tremendous risk). Also, with captain’s chairs if you have 2 rear-facing convertible seats you aren’t going to have 3rd row access through the center aisle anyway as the 2 convertible seats are fixed obstructions that block your access to the center aisle (yes, you could climb in the front passenger seat and climb over the center console to get to the center aisle… but that’s a pain!).

The 3rd row of the Ascent was much more comfortable than that of the Honda Pilot – as in the Pilot you are very low to the floor and the vehicle seat is sloped in a way that makes you feel like you are sliding down. The Subaru Ascent & Volkswagen Atlas 3rd rows have elevated seating that allows your knees to be in a more natural, comfortable position – rather than up near your nose like some other 3-row SUVs. The Atlas had slightly more room in the 3rd row than the Ascent did with both being compared with their 2nd rows pushed all the way back – my knees (I’m 5’1″) were within an inch of the seat back in the Ascent, and had a little more room in the Atlas. If you’re looking for a roomy 3rd row, you need a minivan (or a 2018 Ford Expedition/Lincoln Navigator… but NOT a Suburban/Yukon/Tahoe/Escalade as their 3rd rows are just as cramped as the Ascent).

One very helpful safety feature in the Ascent is the Smart Rear View Mirror, which can function as a traditional rear view mirror or project an image from a rear-facing camera mounted at the back of the vehicle. In camera mode, this offers not only a wider field of view, but most importantly allows the driver to see what’s behind the vehicle even when a car full of people (or tall car seats/boosters) are blocking the view from the mirror. Camera mode will make 2C and 3C much more usable than in other vehicles where these seats often can’t be used with taller kids in harnessed seats or high back boosters (or even some of the taller extended rear-facing seats) because of how they block the driver’s view out the rear view mirror. This smart rear view mirror is expensive, however – as it is only available on the highest trim level (Touring model). 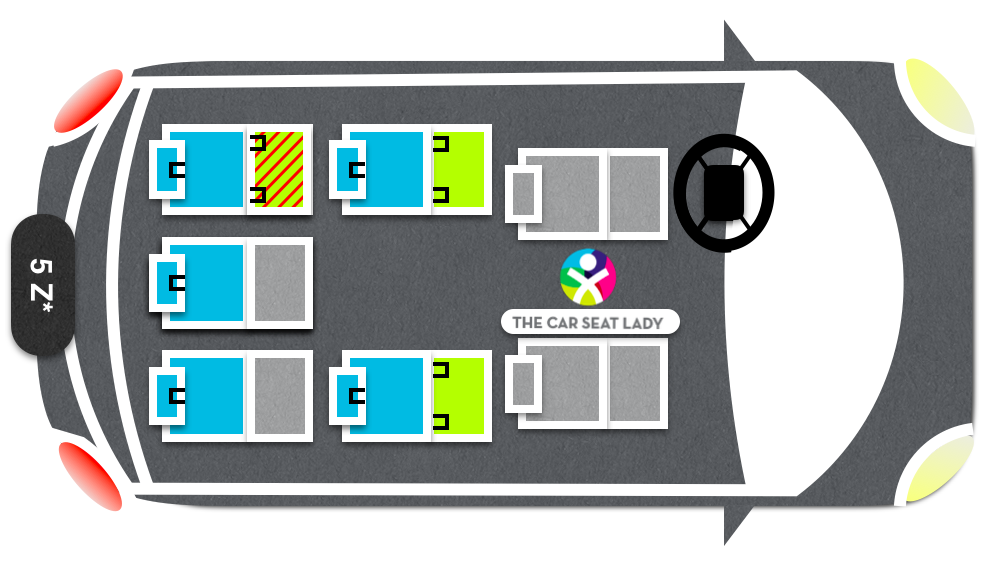 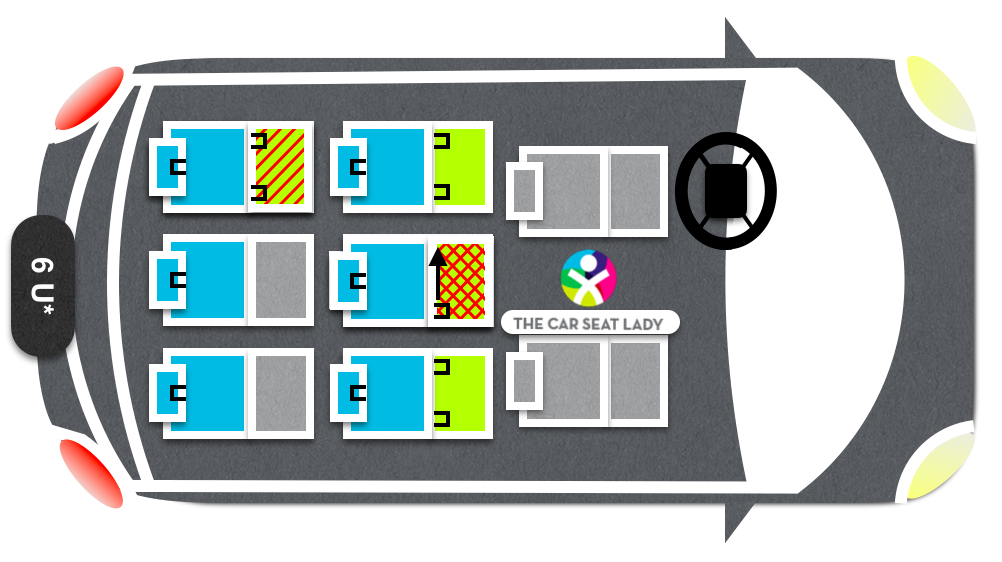 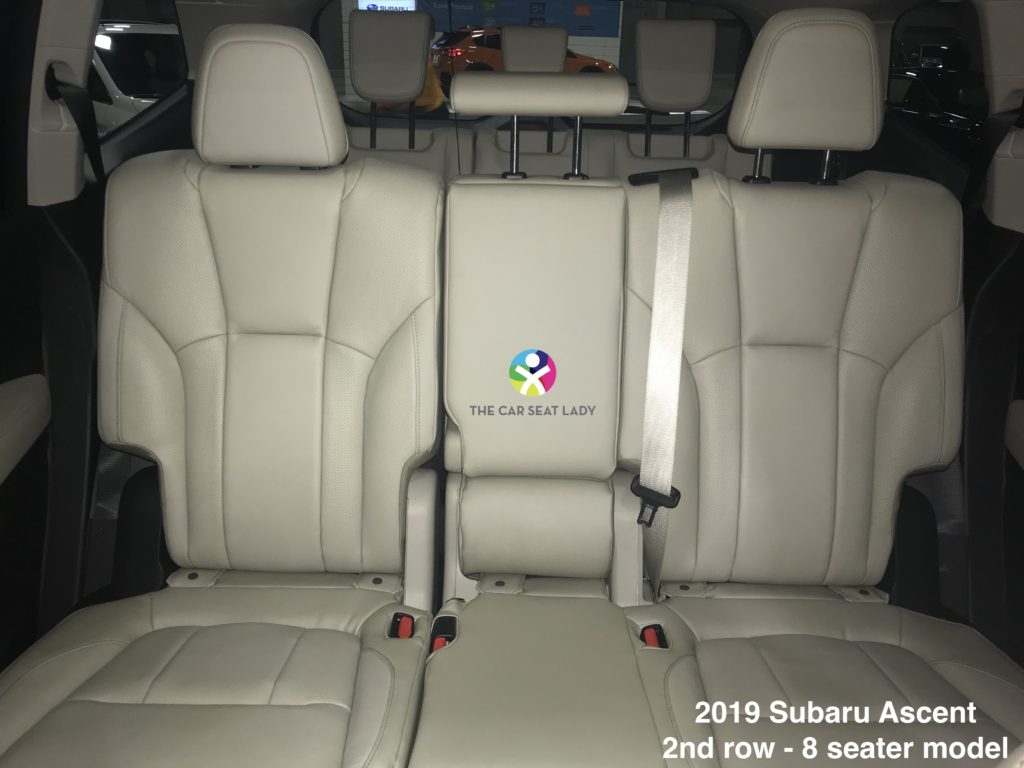 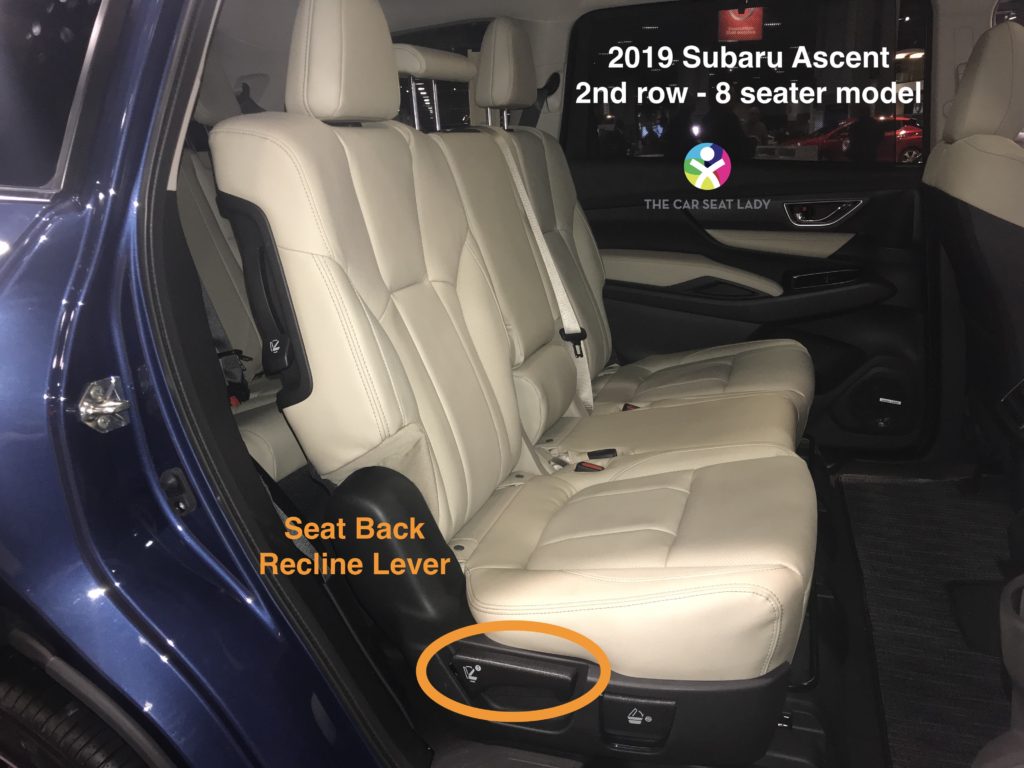 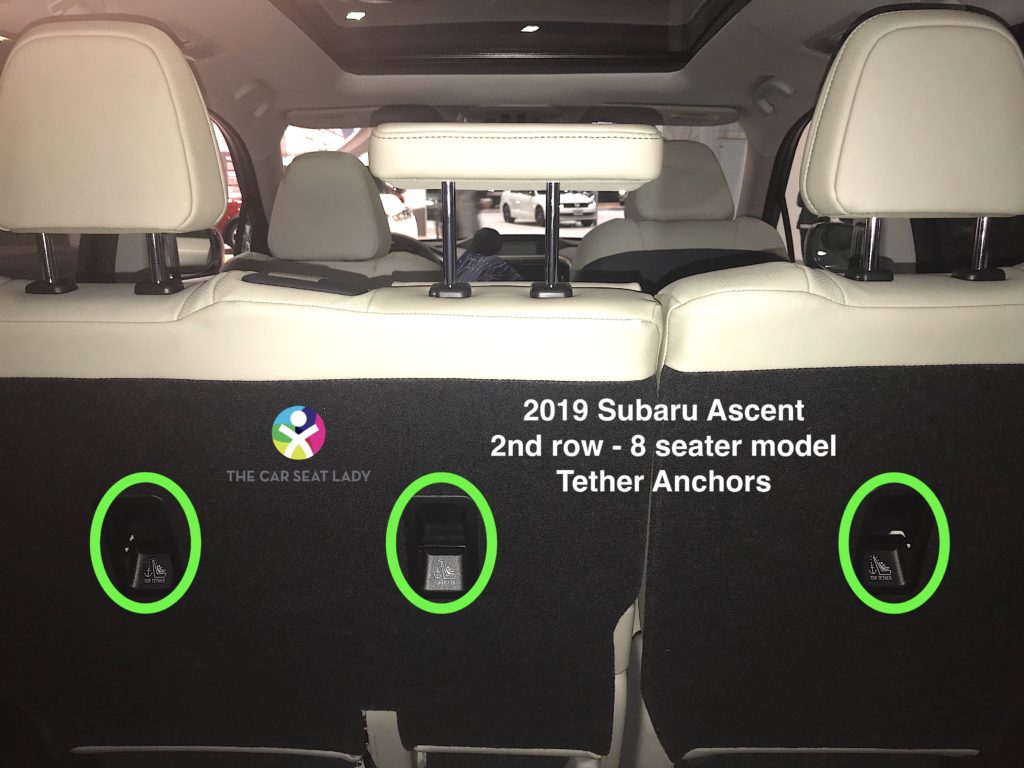 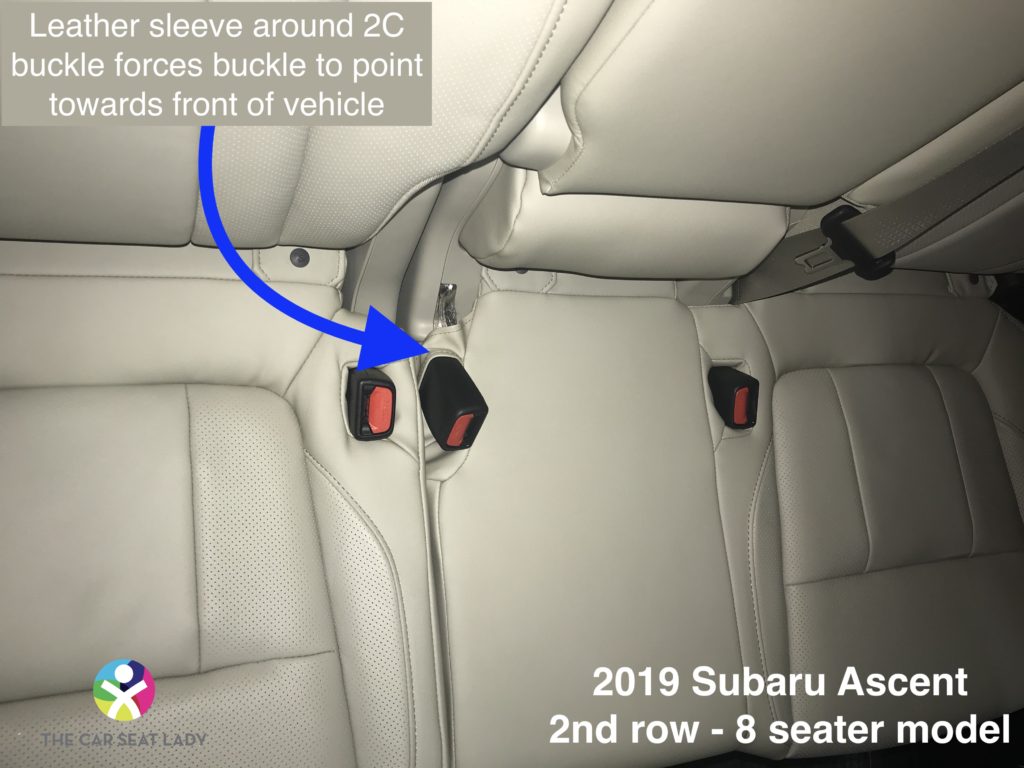 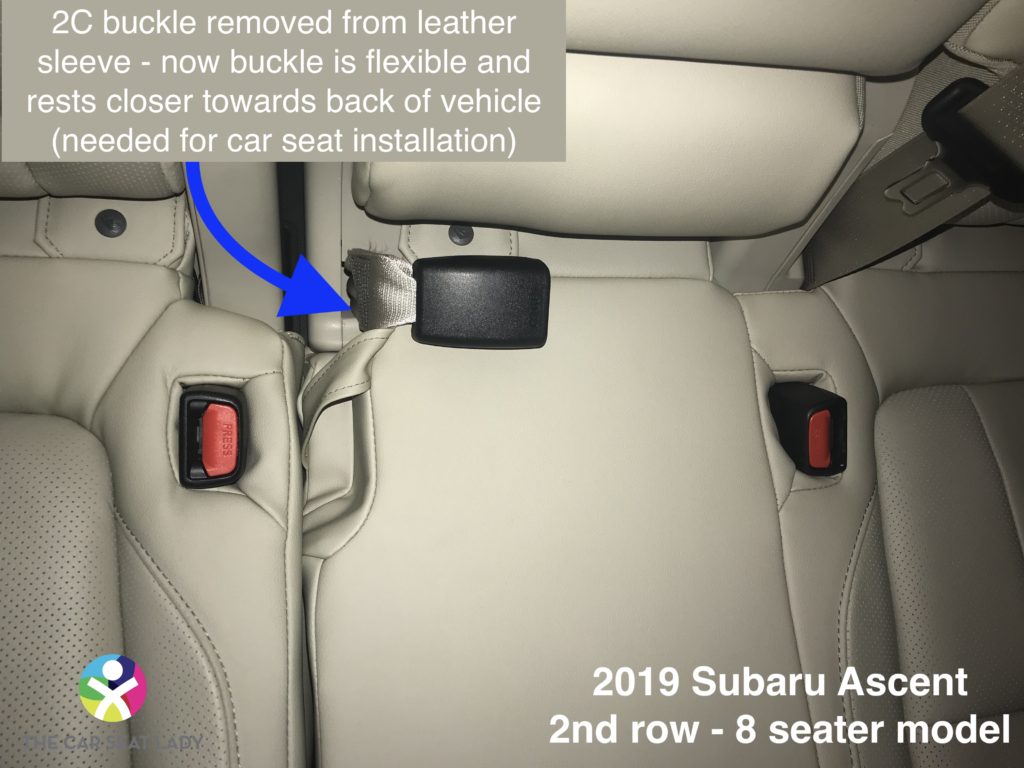 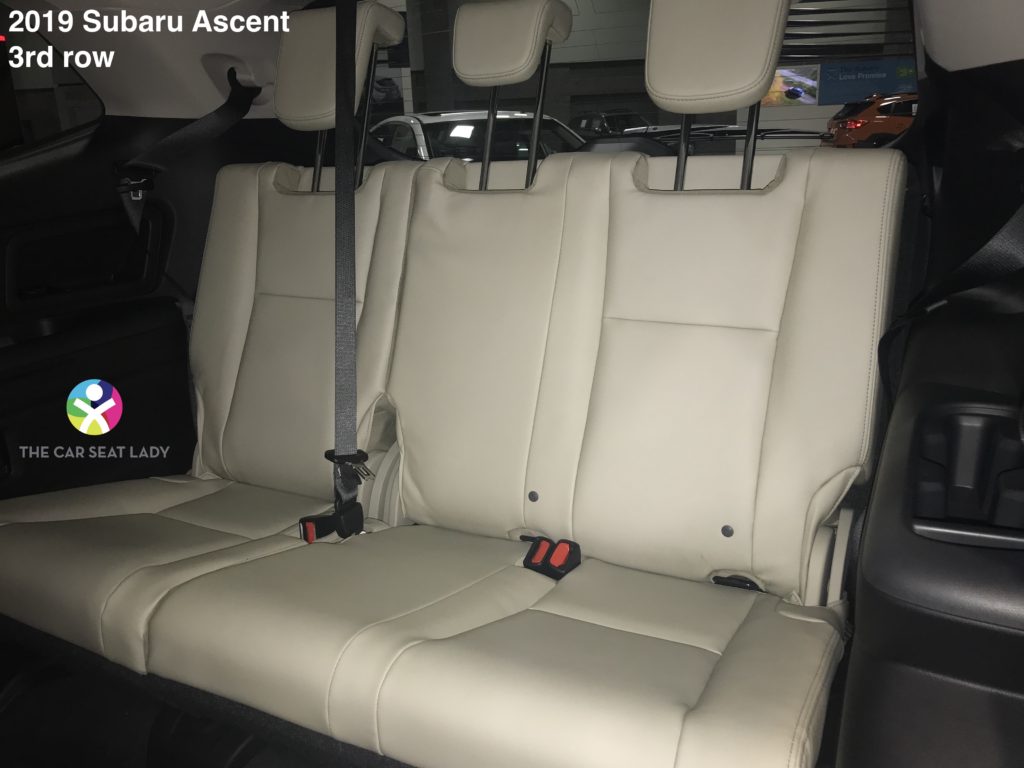 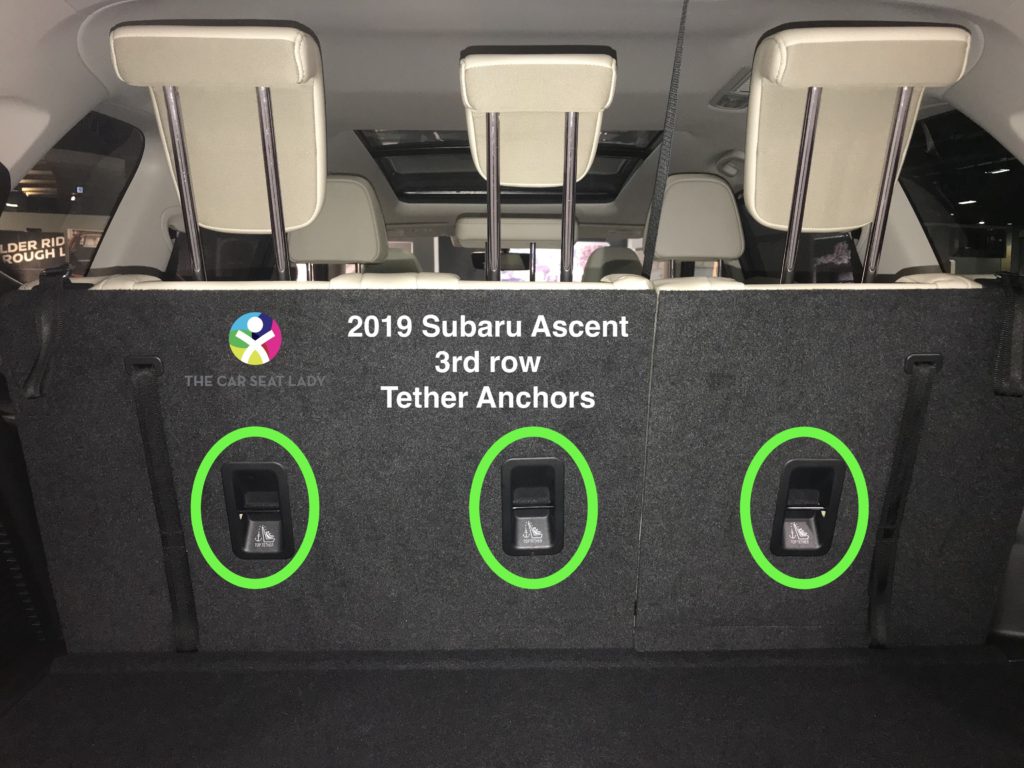 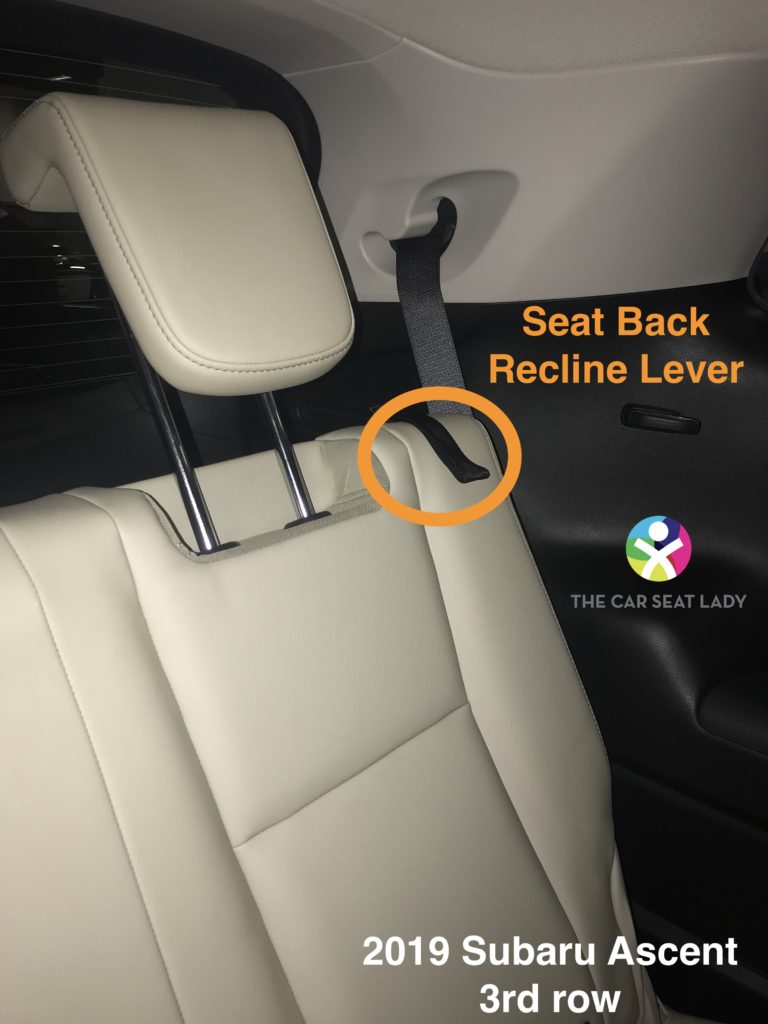