The GL was introduced in 2007.The GL will have different numbers at the end – 320, 350, 450, 550 (to name a few) – the numbers refer to engine differences, not to anything that pertains to car seats in the back seat. All GL’s are the same in terms of the back seat & fitting car seats.

While the name was changed in 2017 to the GLS, the GL & GLS are otherwise essentially the same. 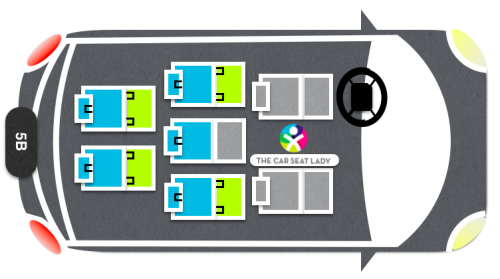 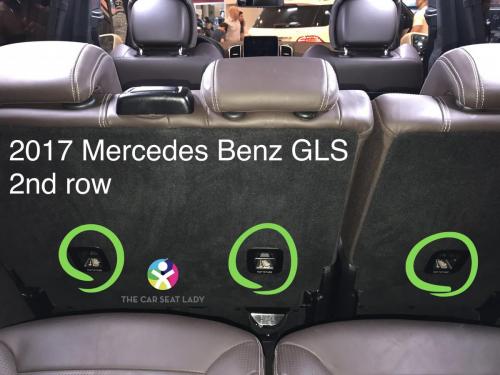 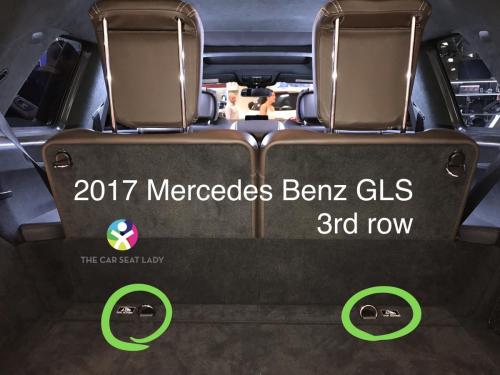 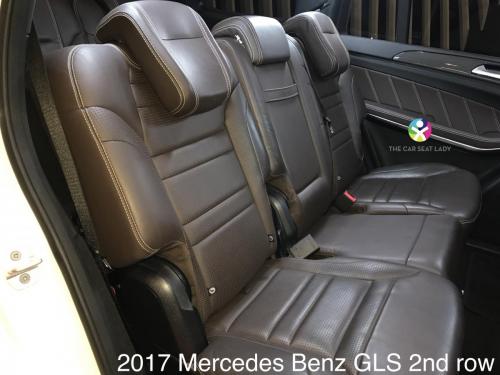 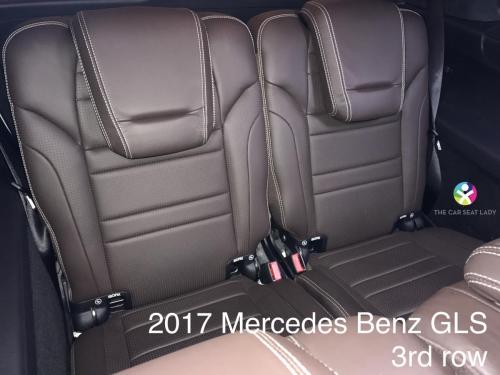 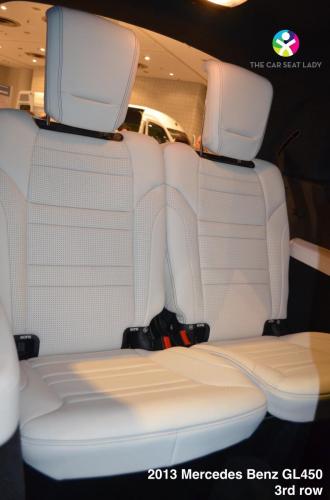 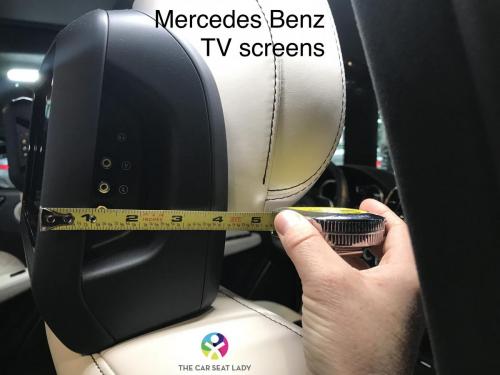 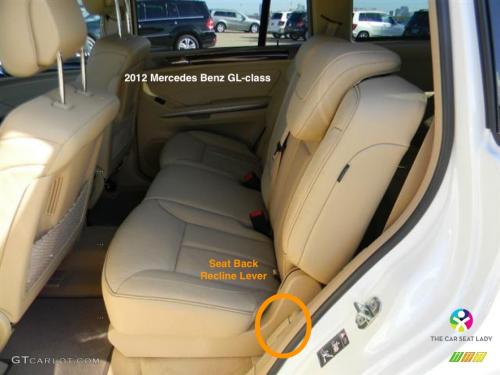 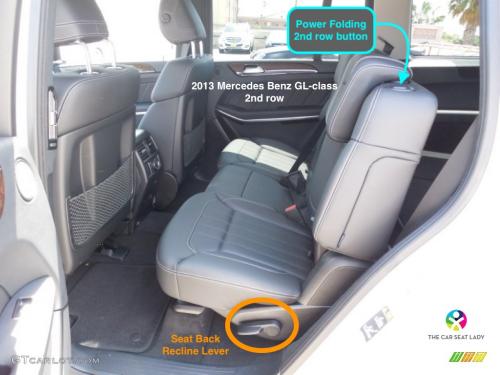 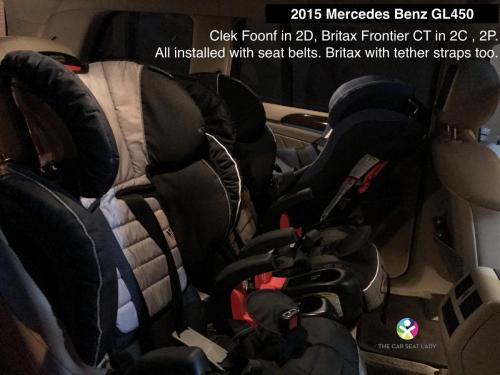 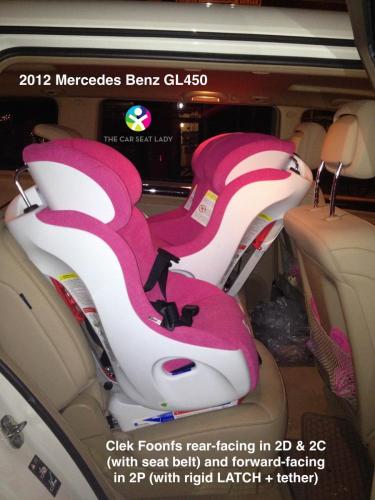 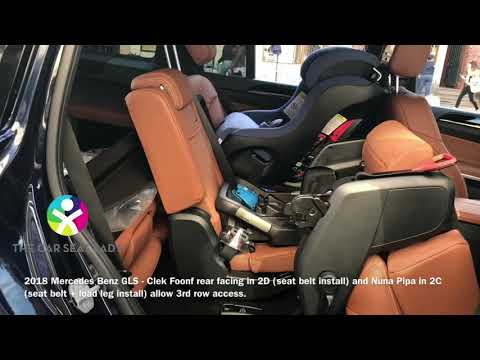 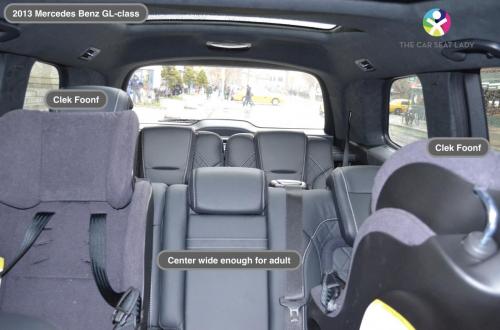 Starting in 2013, Mercedes began offering the option for power-folding seats in the 2nd row – and with this feature, the head restraints for the 2nd row became non-removable. These 2nd row head restraints protrude forward a LOT and interfere with the proper fit of most forward-facing car seats and high-back boosters. It is our recommendation that families get the manual folding 2nd row seats, as the head restraints in this version are removable, if needed, to improve the fit for a forward-facing car seat or booster. The irony of this is that the power folding seats only power fold down – but when putting the vehicle seat back into place, you have to do that manually (and this is the hardest part!).

The 3rd row is always a power fold, and the head rests are all removable – you just need to fold the 3rd row half way forward (push the button to stop it from continuing to fold forward anymore) and then the head restraints will clear the roof and come out).

This vehicle is ideal for families looking to have all their kids in the 2nd row – but becomes problematic when families want some kids in the 2nd row and some in the 3rd row, as 3rd row access is NOT possible with most combinations of 2 car seats in the 2nd row. Frustratingly, putting car seats side-by-side in 2D & 2C causes the car seat in 2C to sit a few millimeters into 2P… enough that 2P won’t fold to access the 3rd row. Thus, 3rd row access in these cases will need to be obtained by climbing through the trunk (keep half of the 3rd row up and half down to allow for easier climbing in – then make sure both halves are up while driving, otherwise the person is in essence riding in the trunk and all the stuff in the trunk can fly and hit them in a crash).

– Put a rear-facing Clek Foonf in 2D (install with seat belt) and the base for an infant seat (Chicco Fit2, Cybex Aton2 with load leg, Nuna Pipa with load leg) all work in 2C and when the carrier is NOT in the base, 2P will tumble for 3rd row access

– Put the car seats on either side (2D & 2P) – and one of them needs to be a Nuna Pipa where you uninstall the base (using rigid LATCH + load leg) every time you need to get to the 3rd row. This solution is ideal for those who need infrequent 3rd row access.