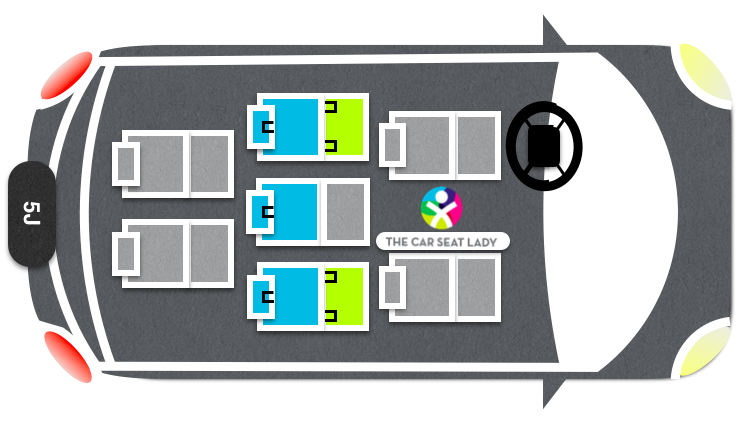 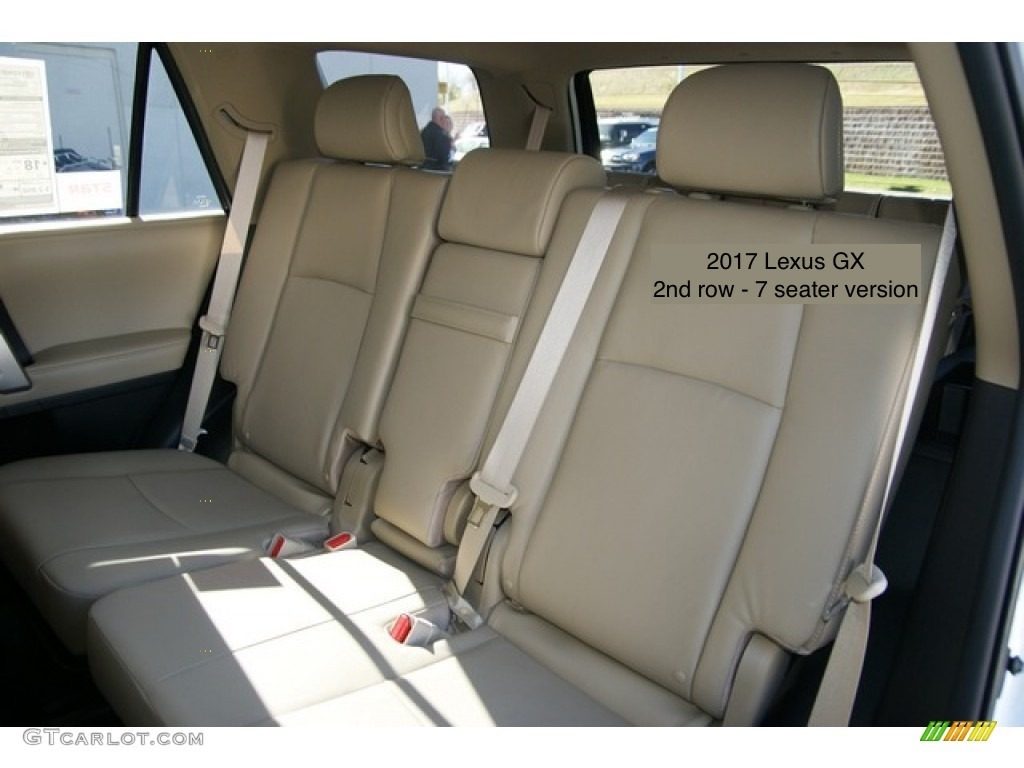 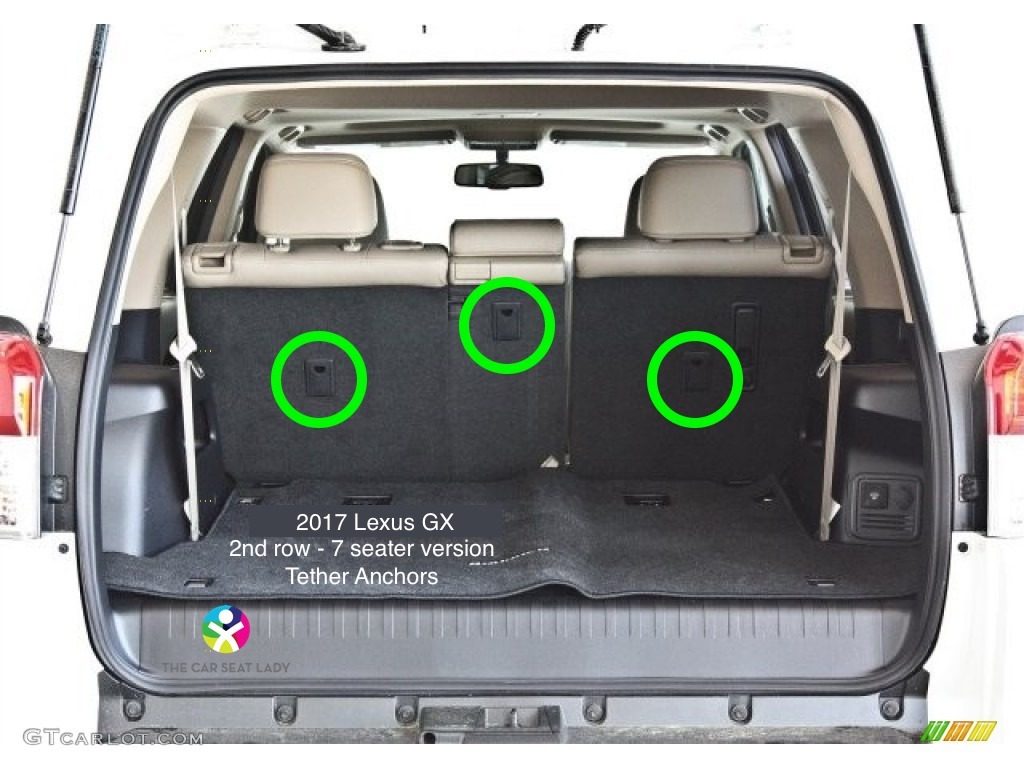 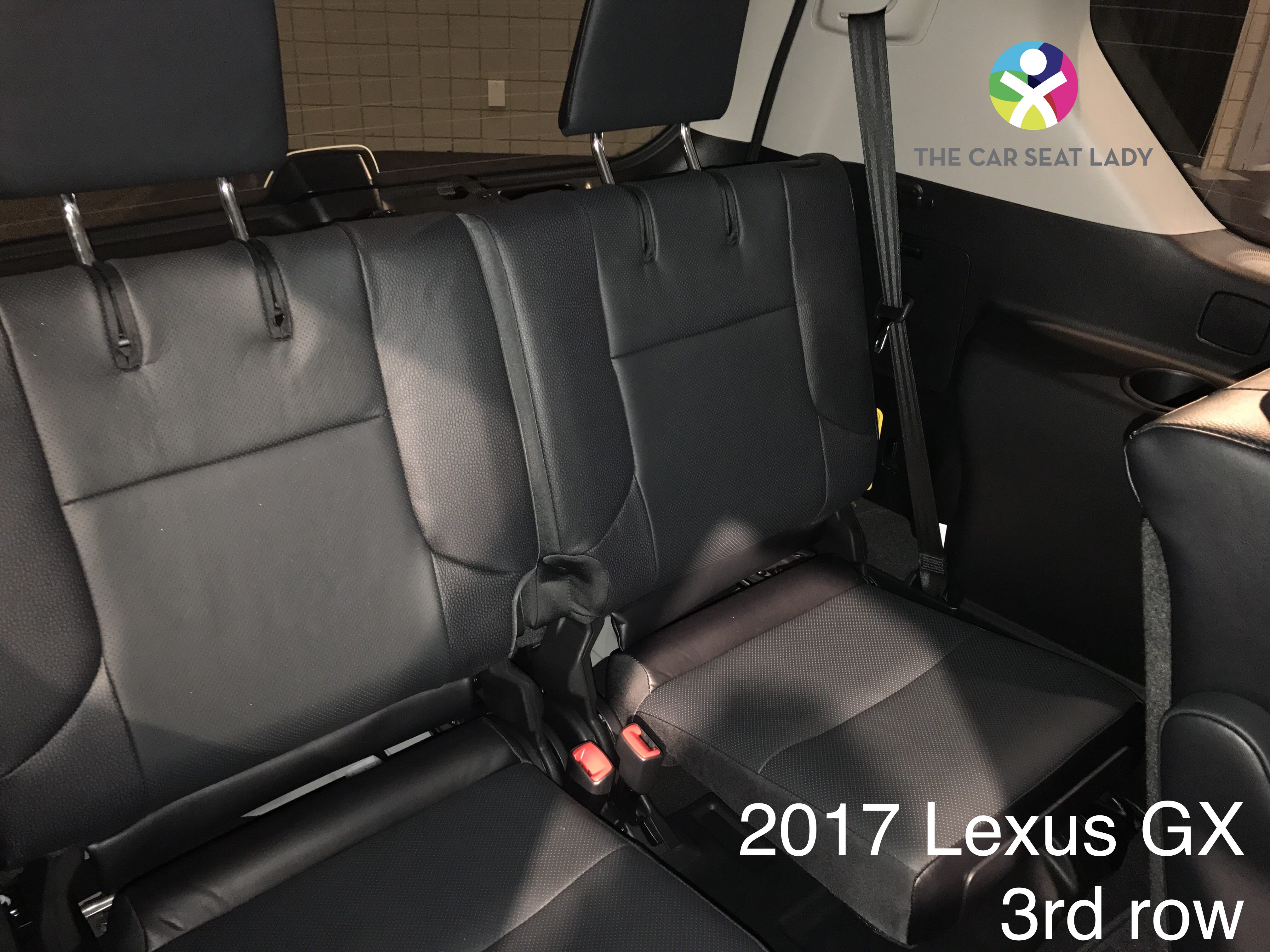 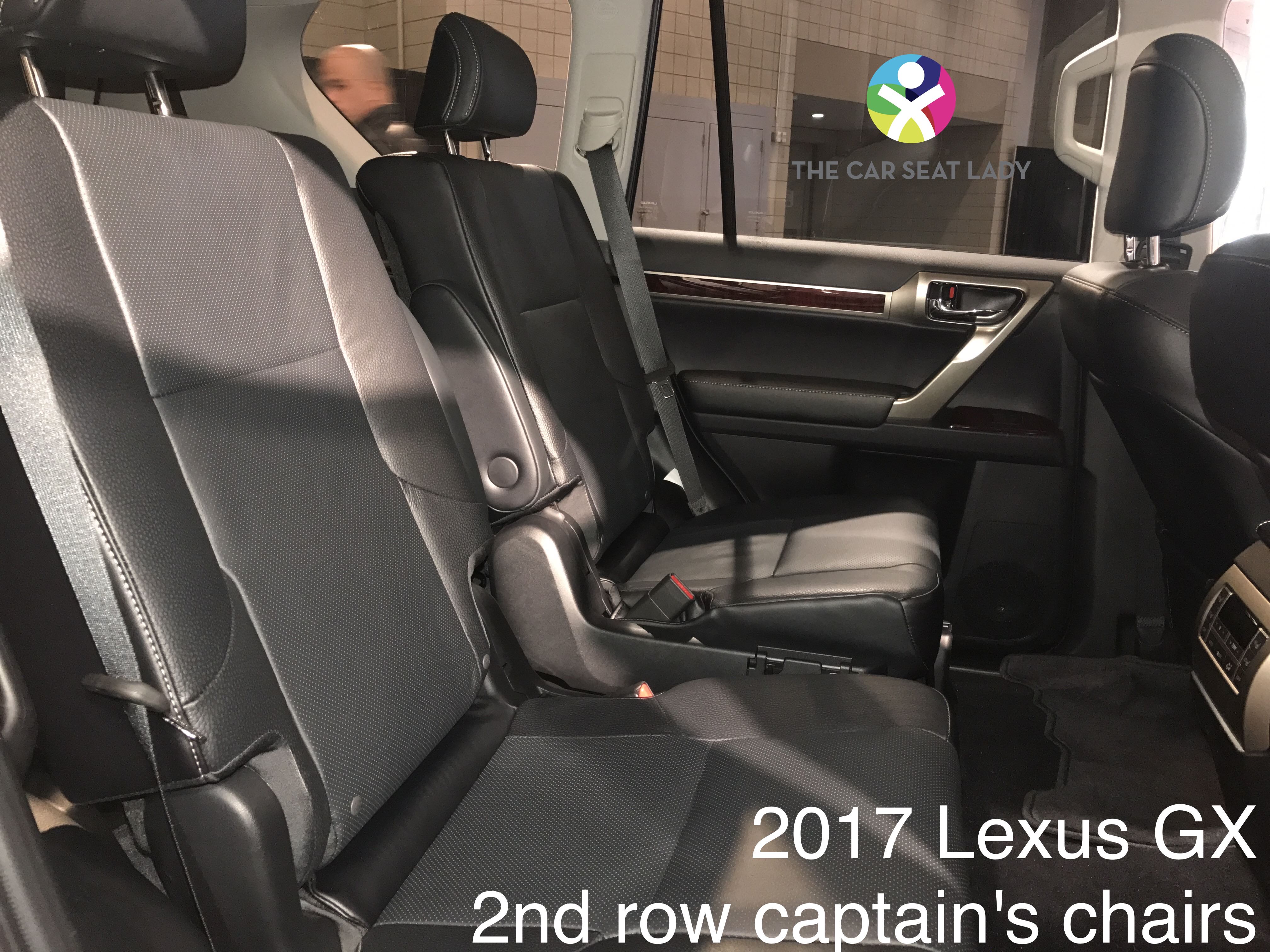 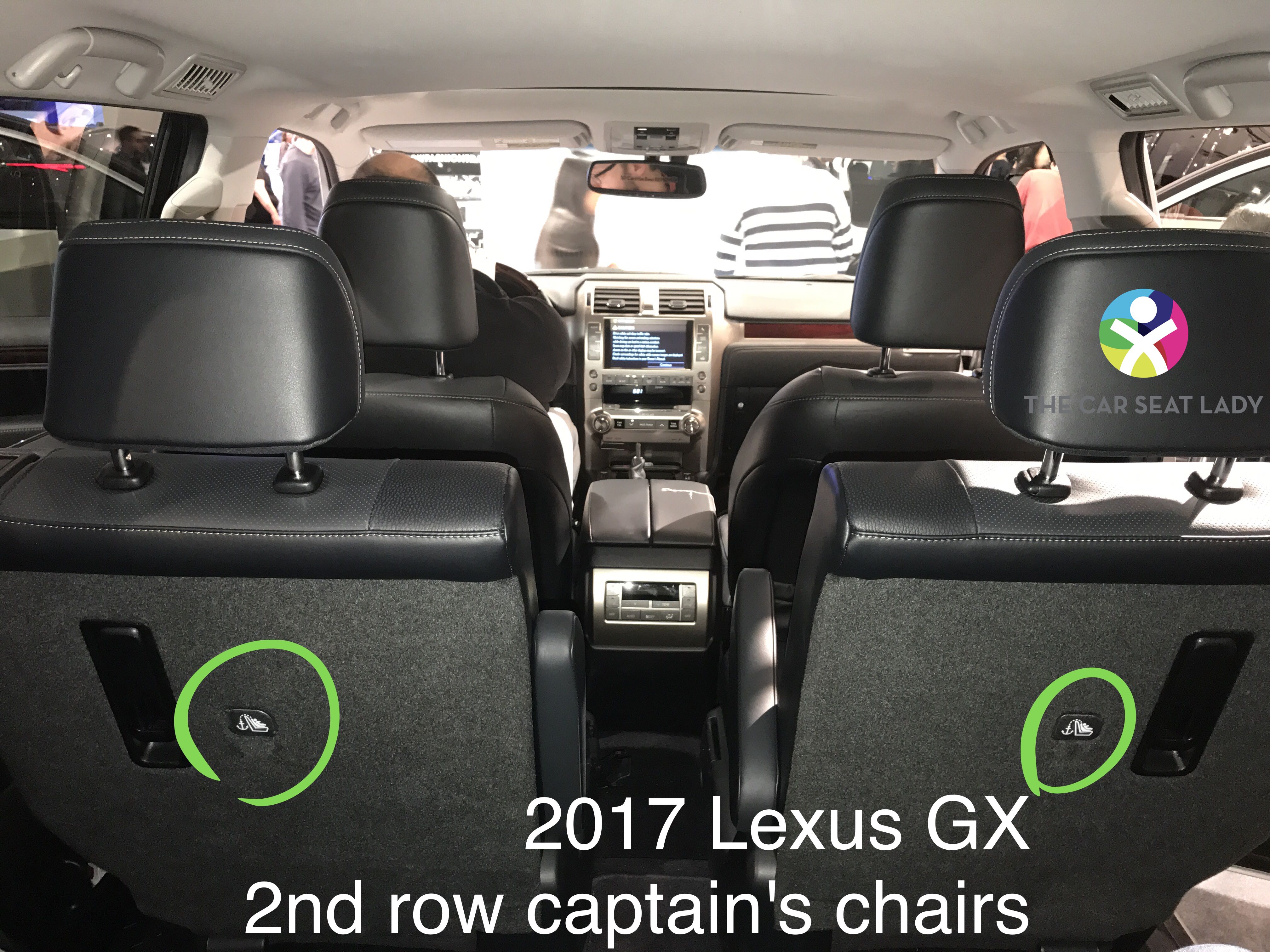 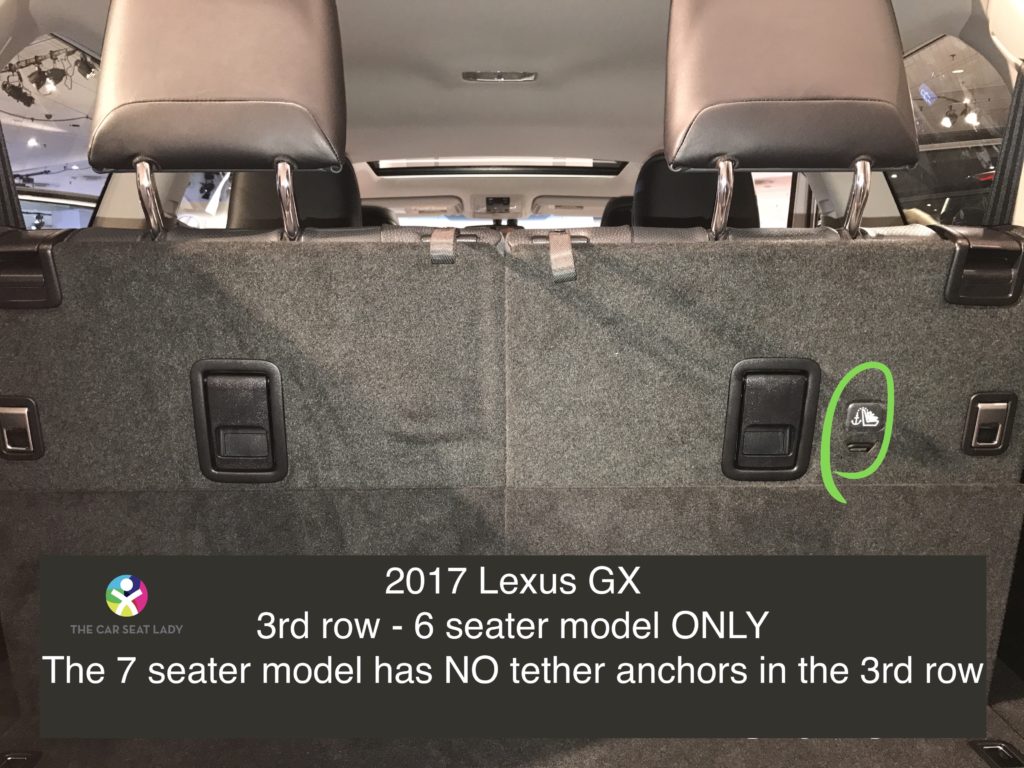 The lower anchors for 2D are overlapped into 2C making it such that a car seat installed with LATCH in 2D will block the use of 2C for anything else (car seat, booster or adult). The lower anchors for 2D are also on a hump in the vehicle in a way that will prevent getting a secure installation for a car seat there. Also, it is not possible to LATCH in a booster in 2D as the booster will sit on the buckle for 2D. The only functional position with lower anchors is the 2nd row passenger seat. If you need to install a car seat in 2D or 2C, you’ll need to use the seat belt (and if it is a forward-facing car seat, obviously add the tether).

The shoulder belt for 3C comes from the roof (yes, this is safe) – see here for how to use, connect, and disconnect this seat belt. Notably, all 6 seats in back have head restraints (including 2C and 3C) – this is impressive as many SUVs neglect the 3rd row and center seats in this regard. 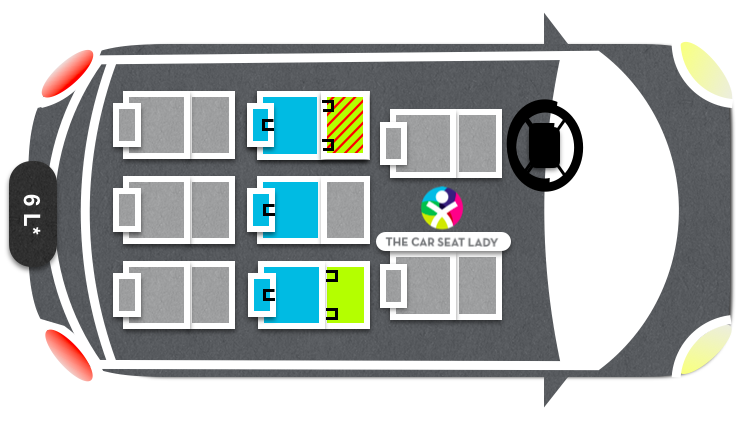 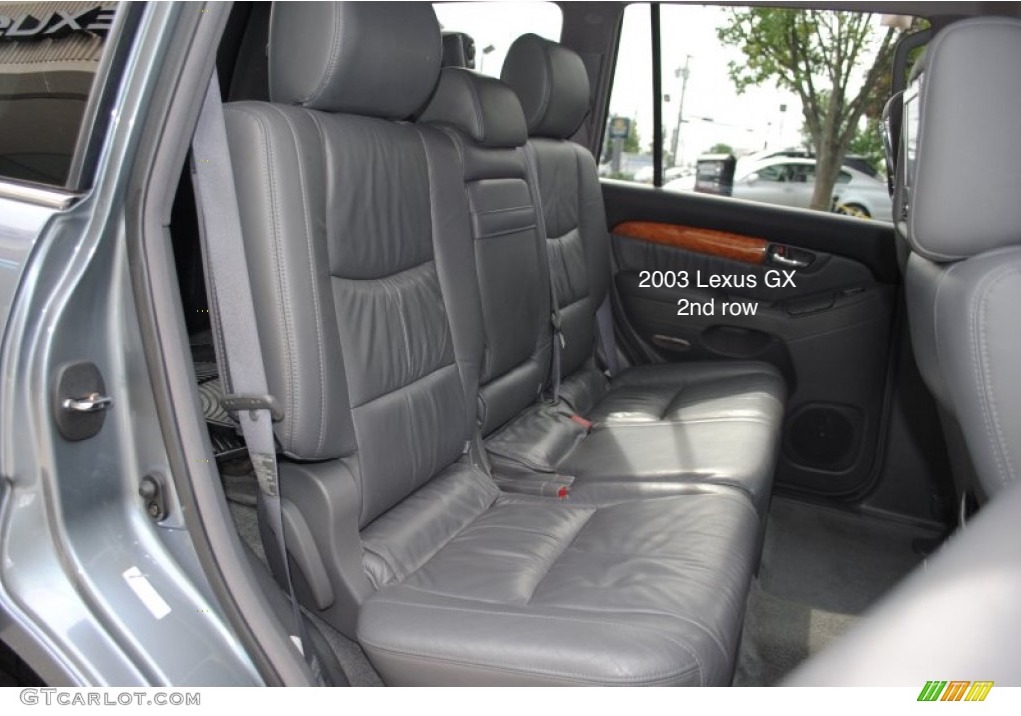 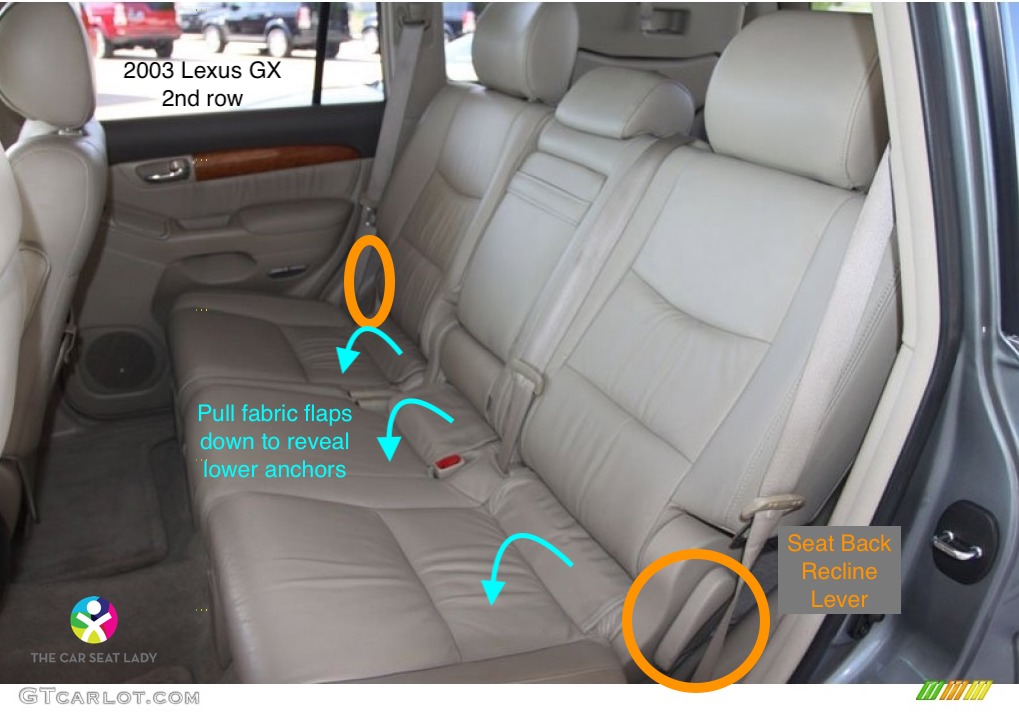 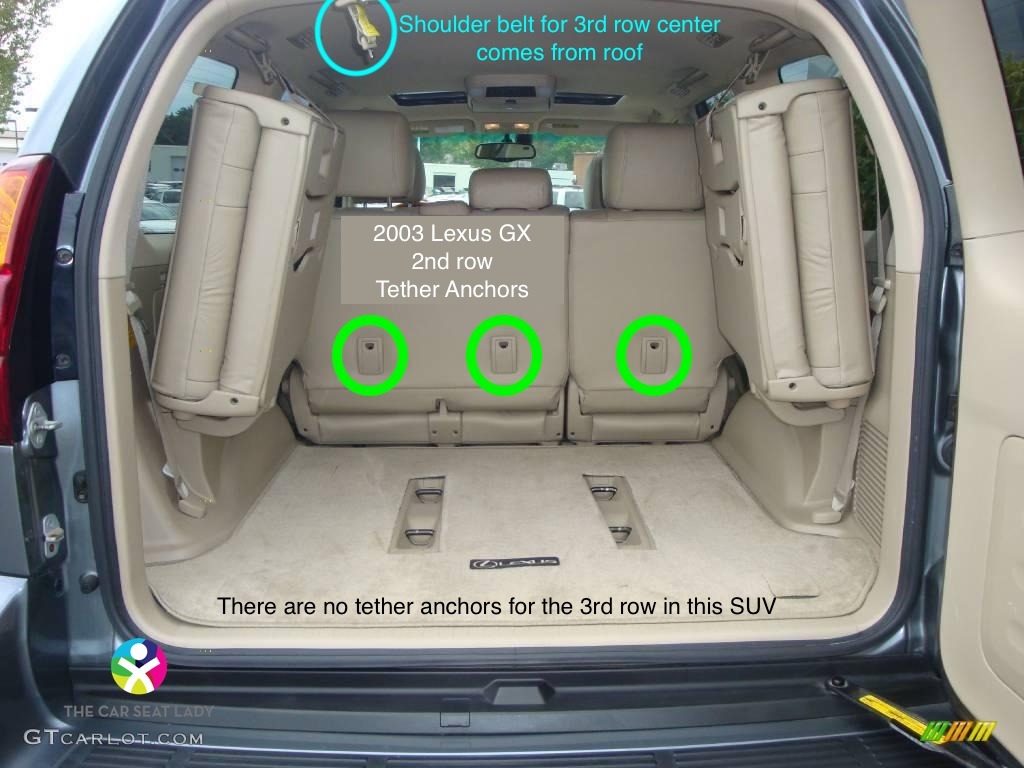 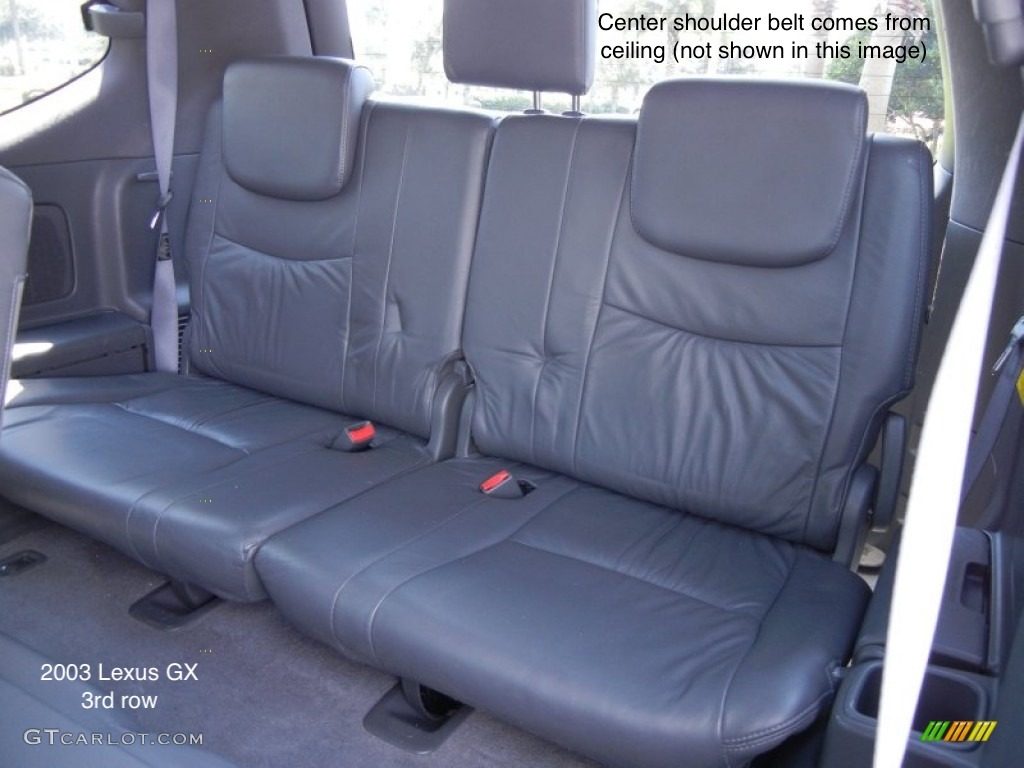