The 3rd row was changed for 2016 – and 3D & 3C are now much narrower than before. 3C is now too narrow for most car seats & boosters (but will fit the Harmony Youth booster) – so best to consider the 3rd row as having 2 seats (3D & 3P), not 3 seats. The 3rd row seat is also very low to the ground – making it a really awkward seating surface as even at 5’1″ my knees and thighs were completely off the seat cushion. This was not only awkward, but also not so safe as the lap belt came up into my belly somewhat because of how high my knees were. 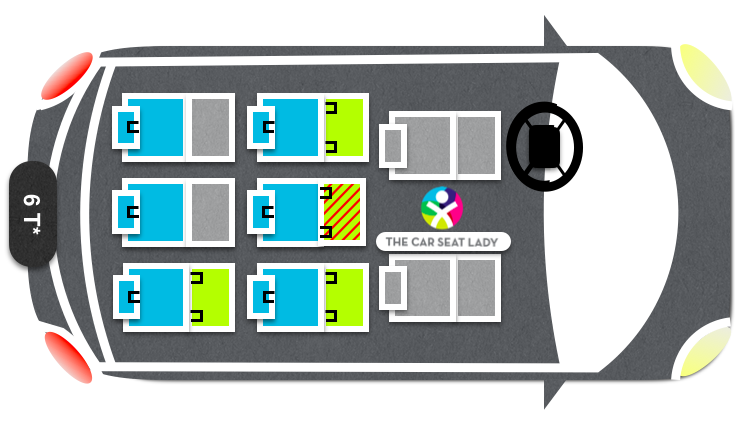 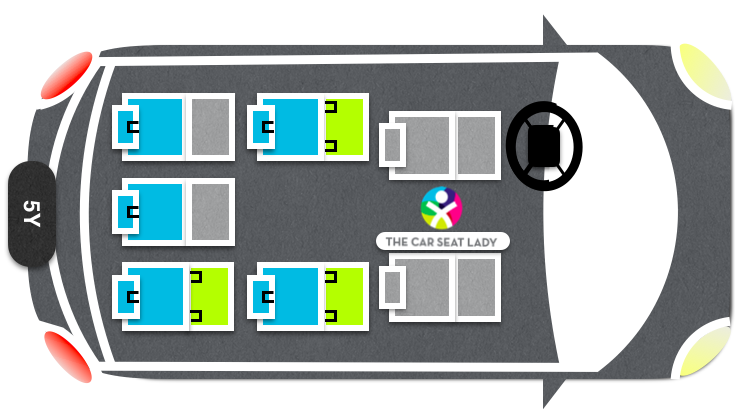 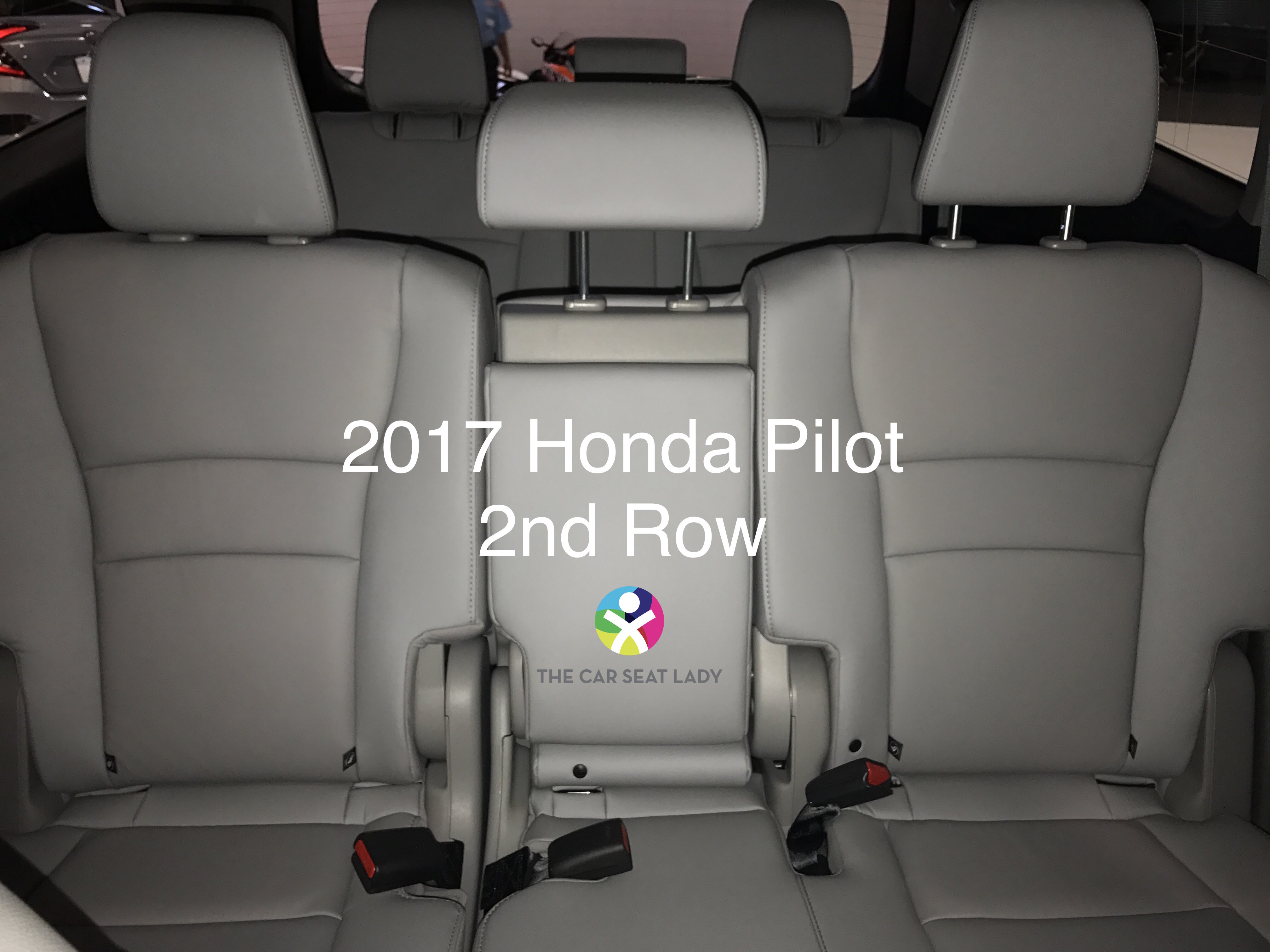 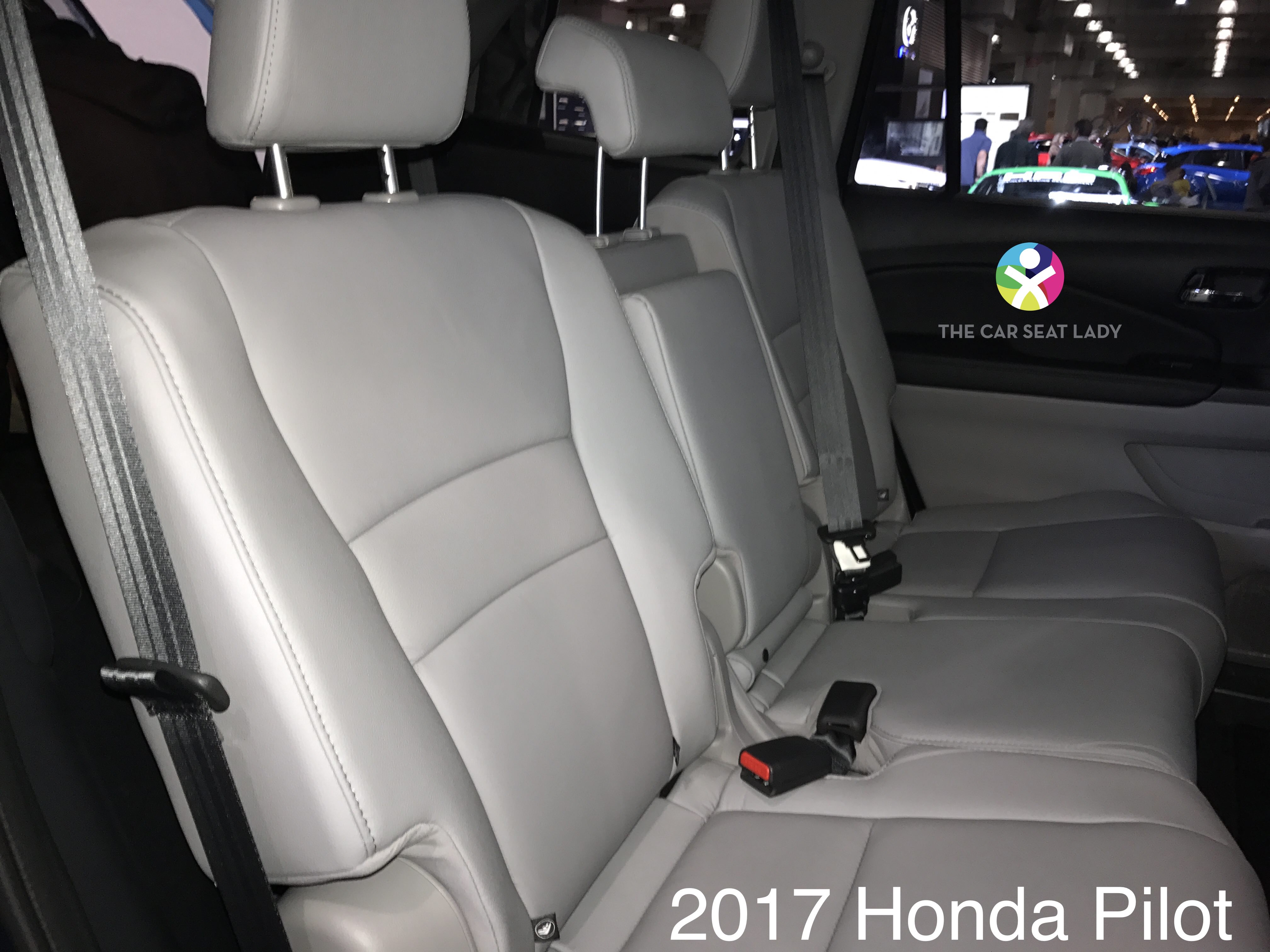 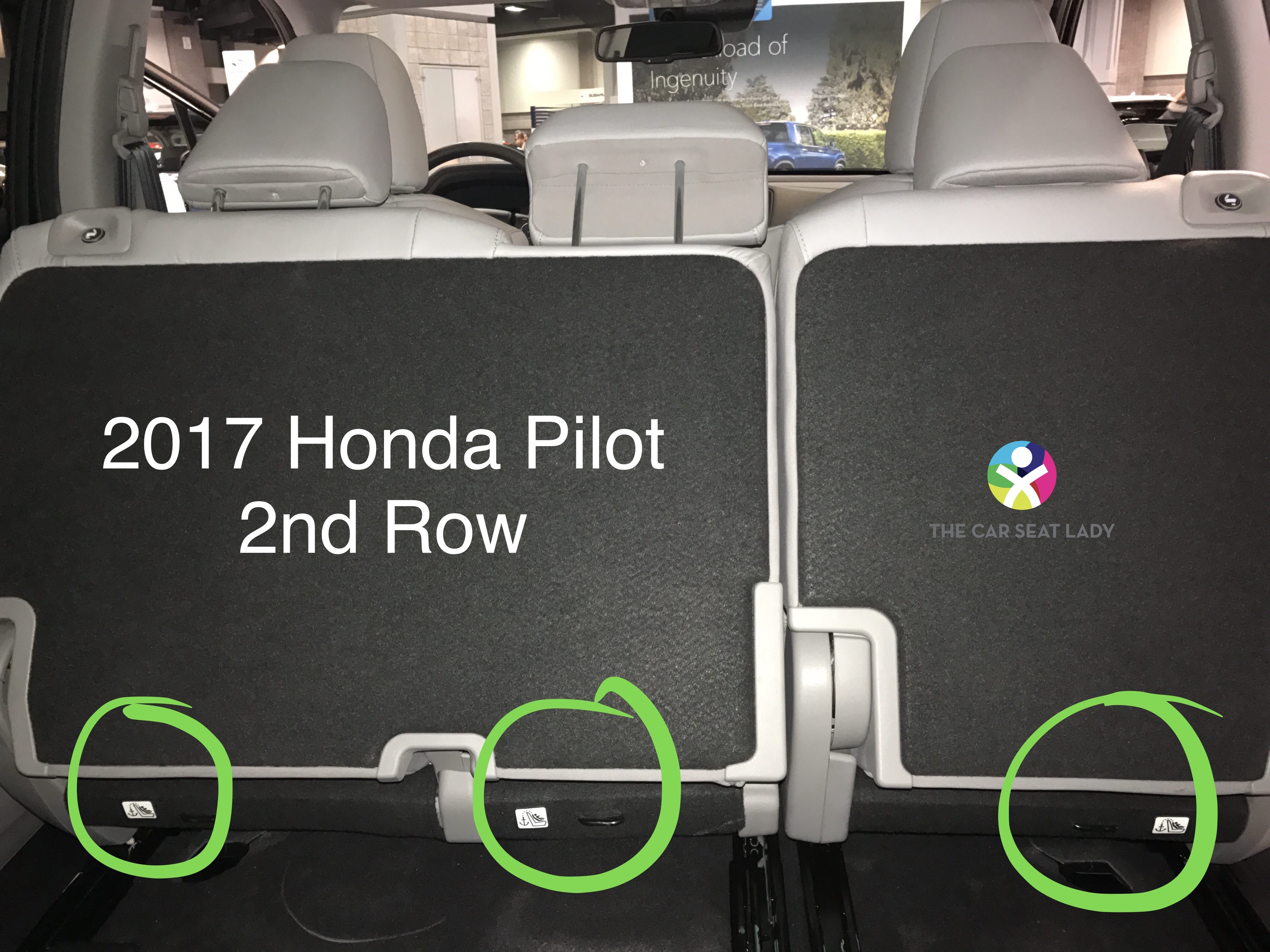 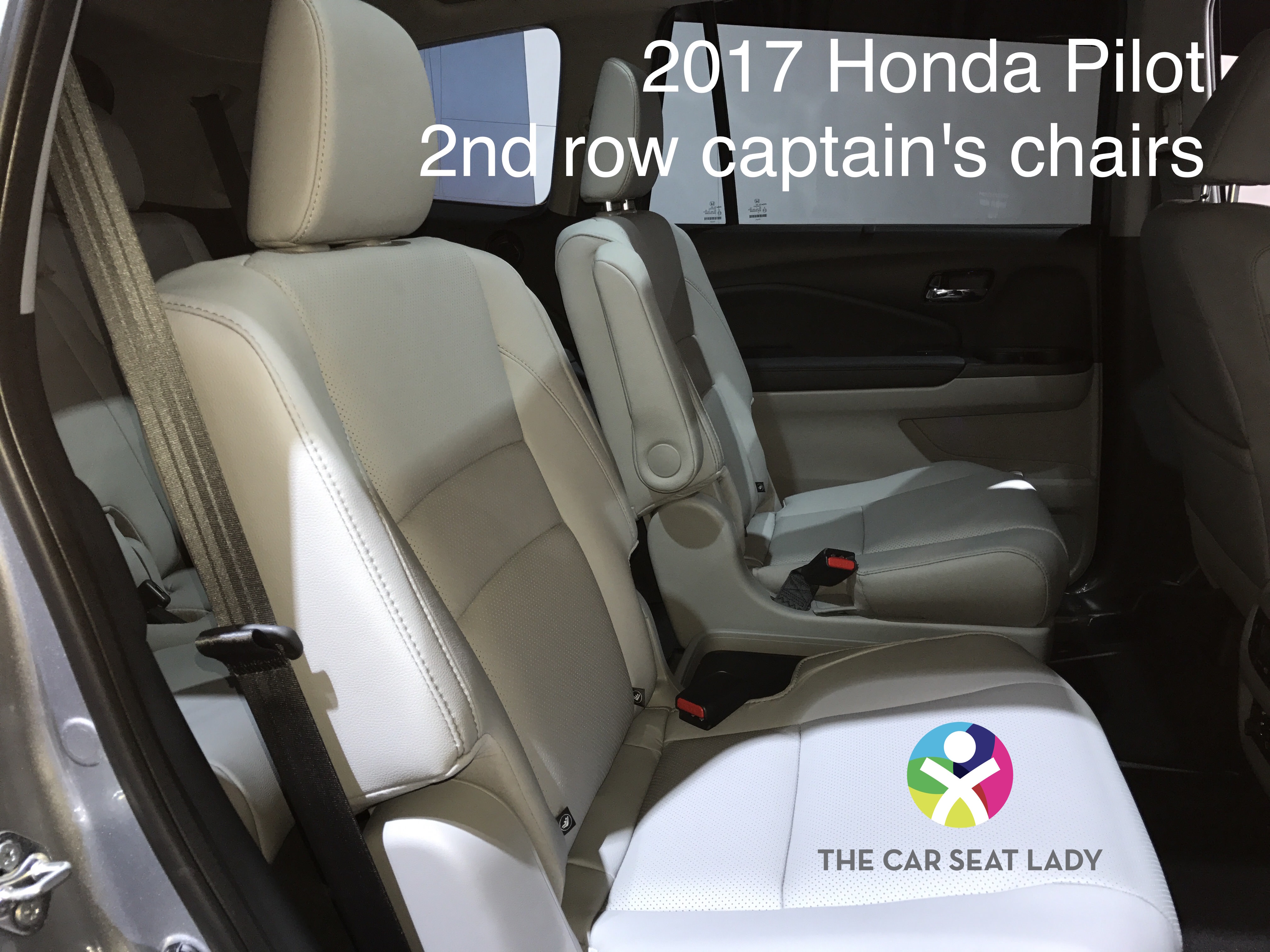 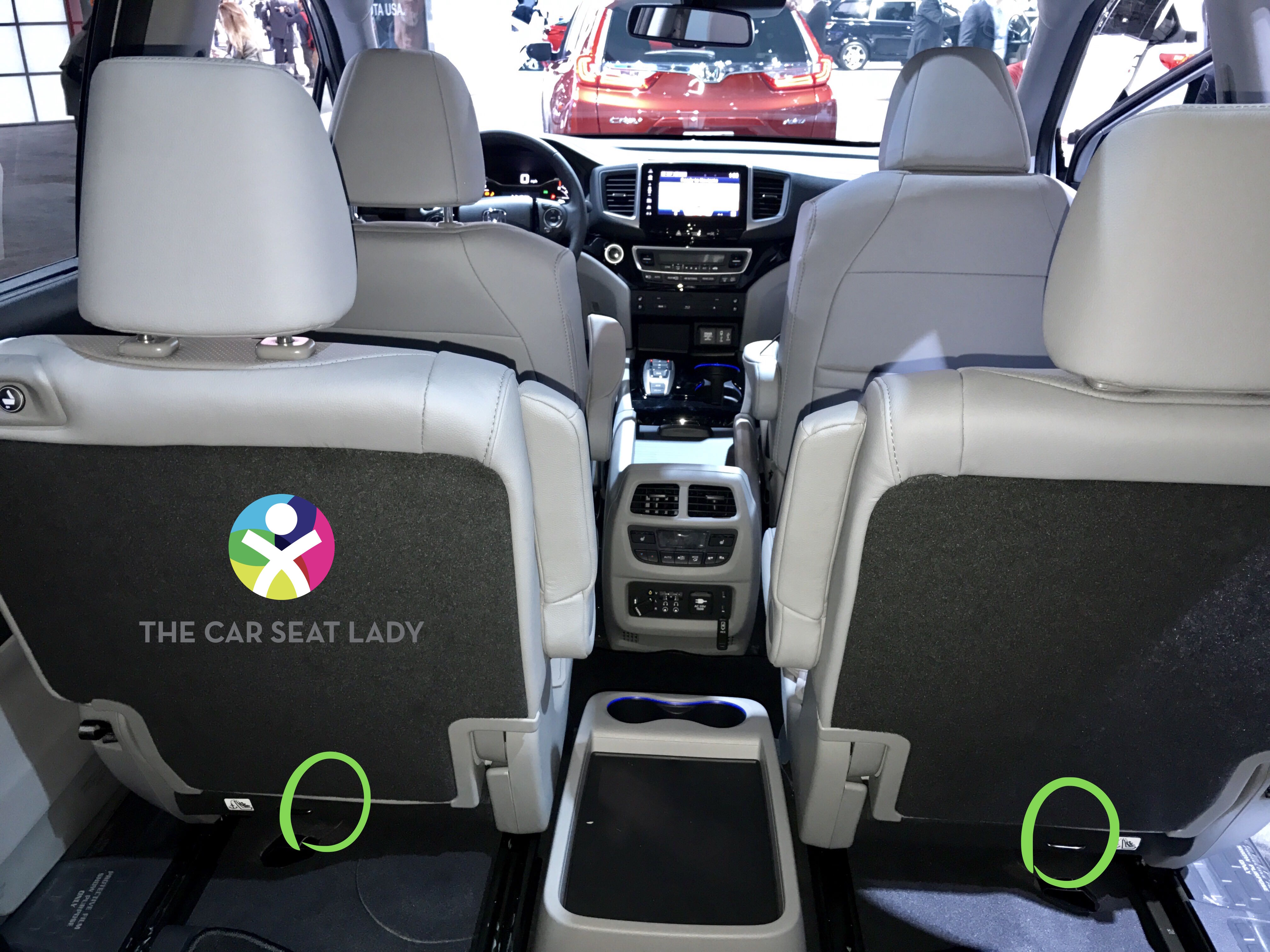 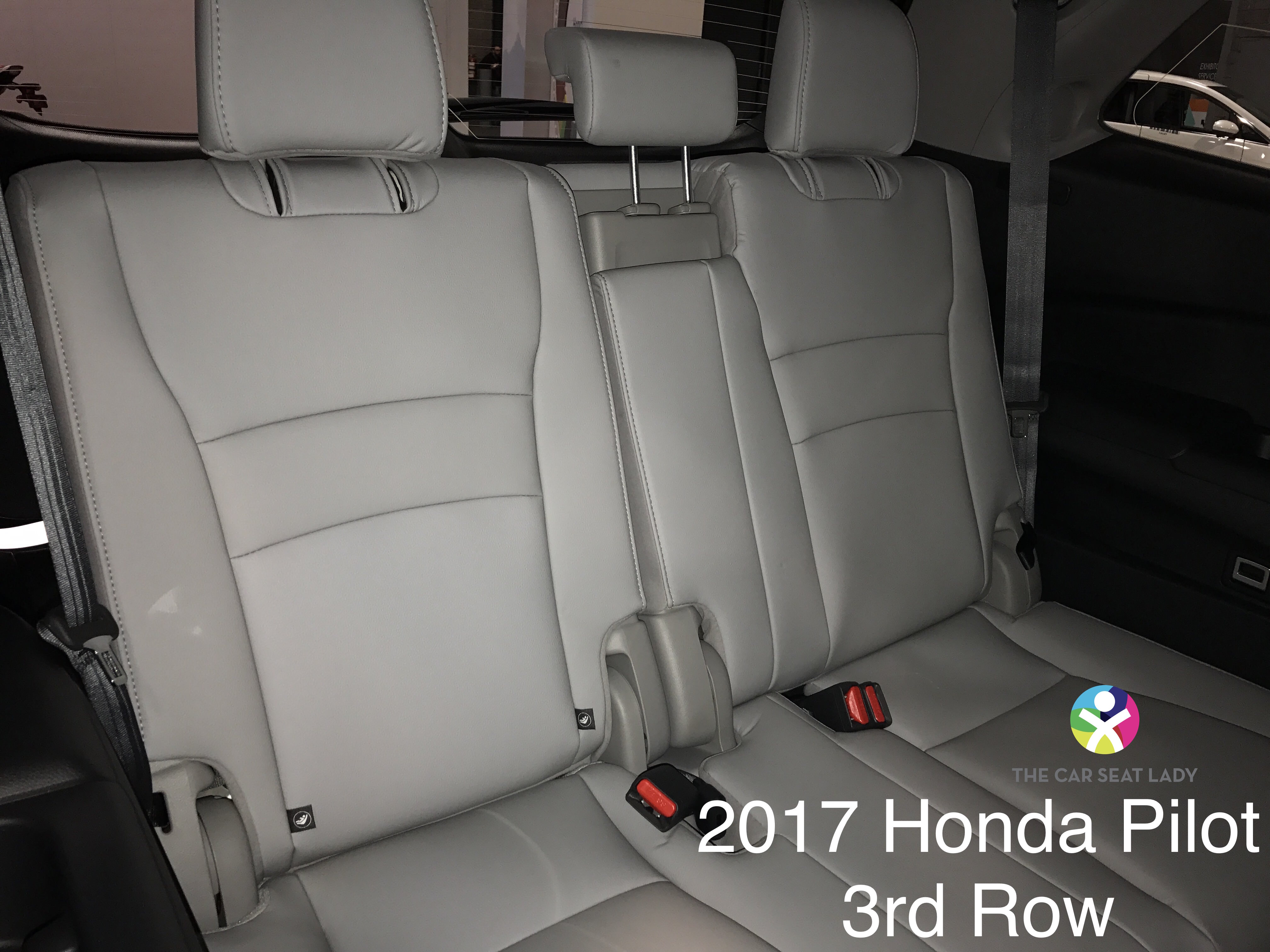 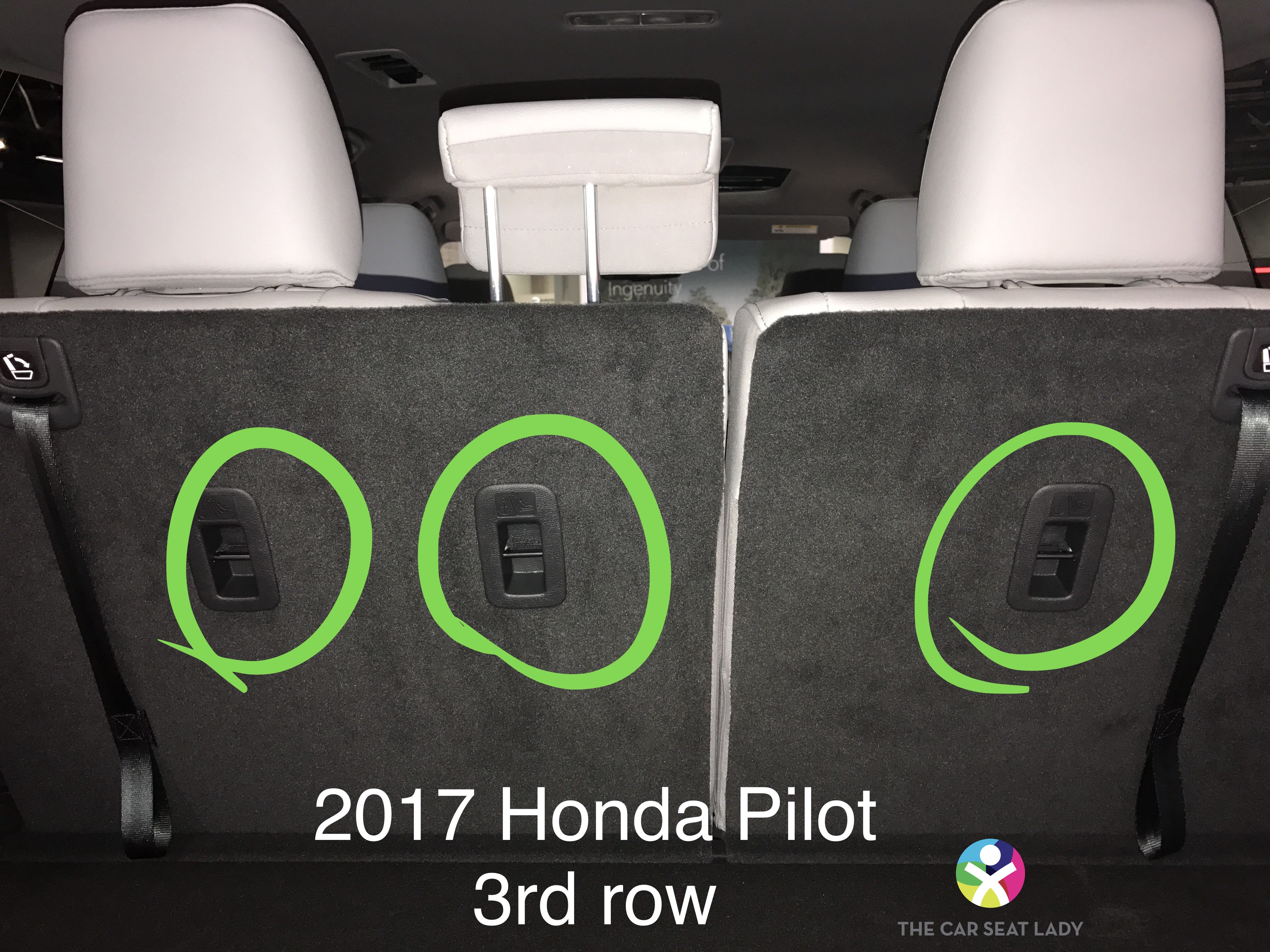 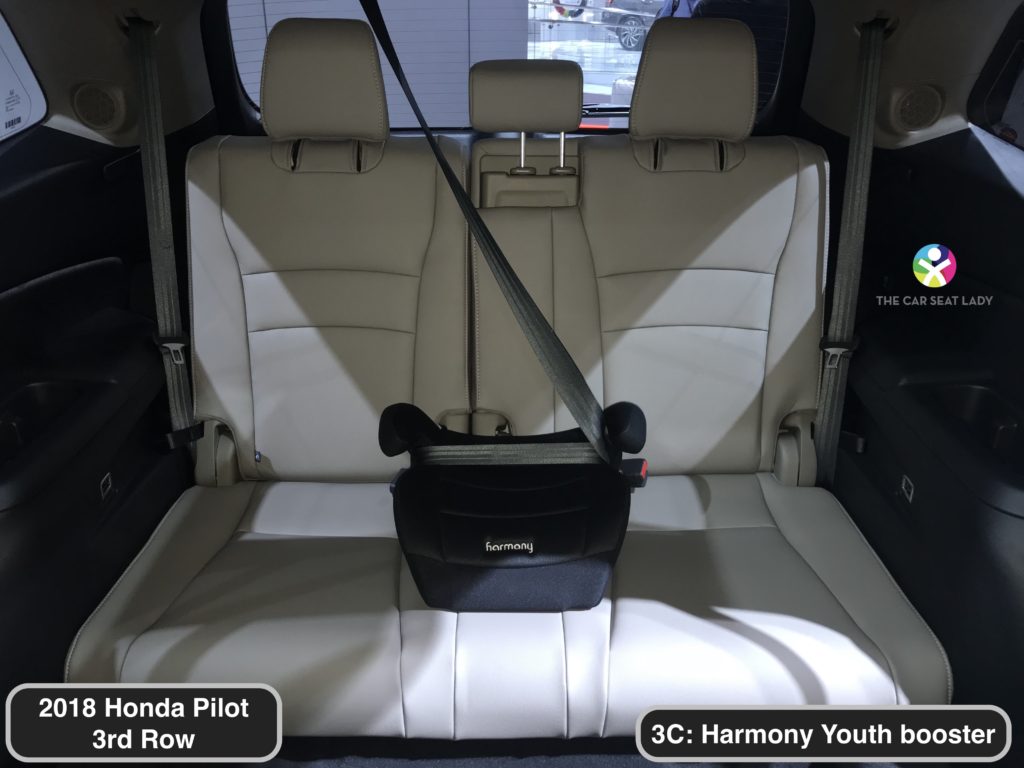 The center seat belt for the 2nd & 3rd rows comes from the roof. 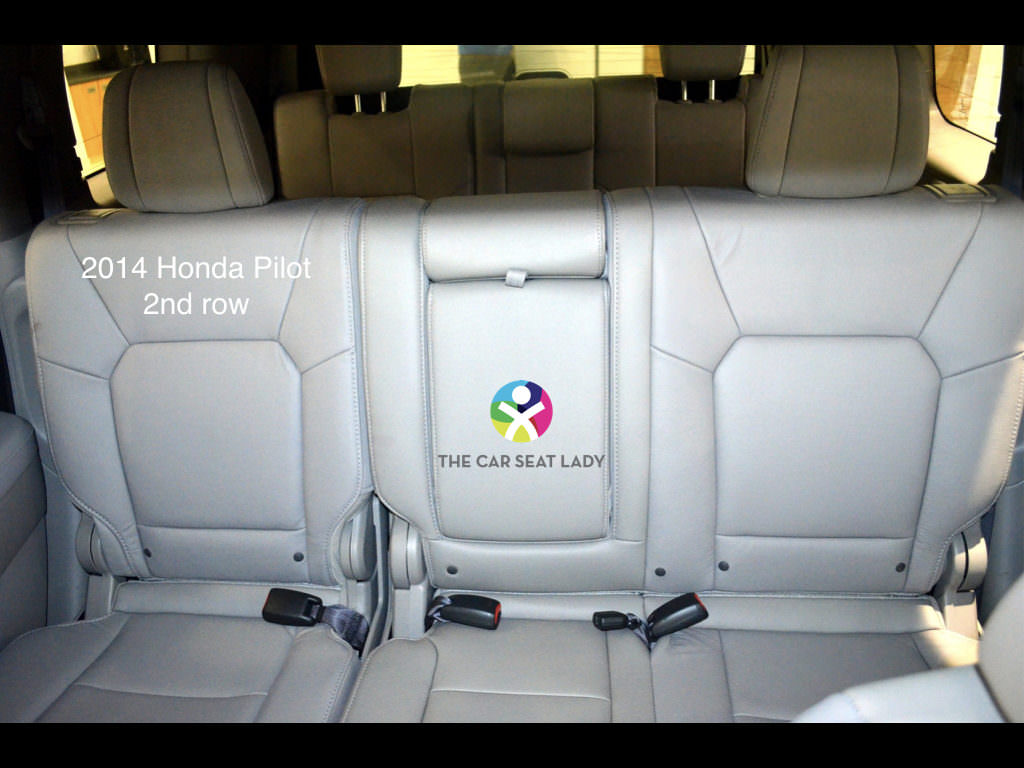 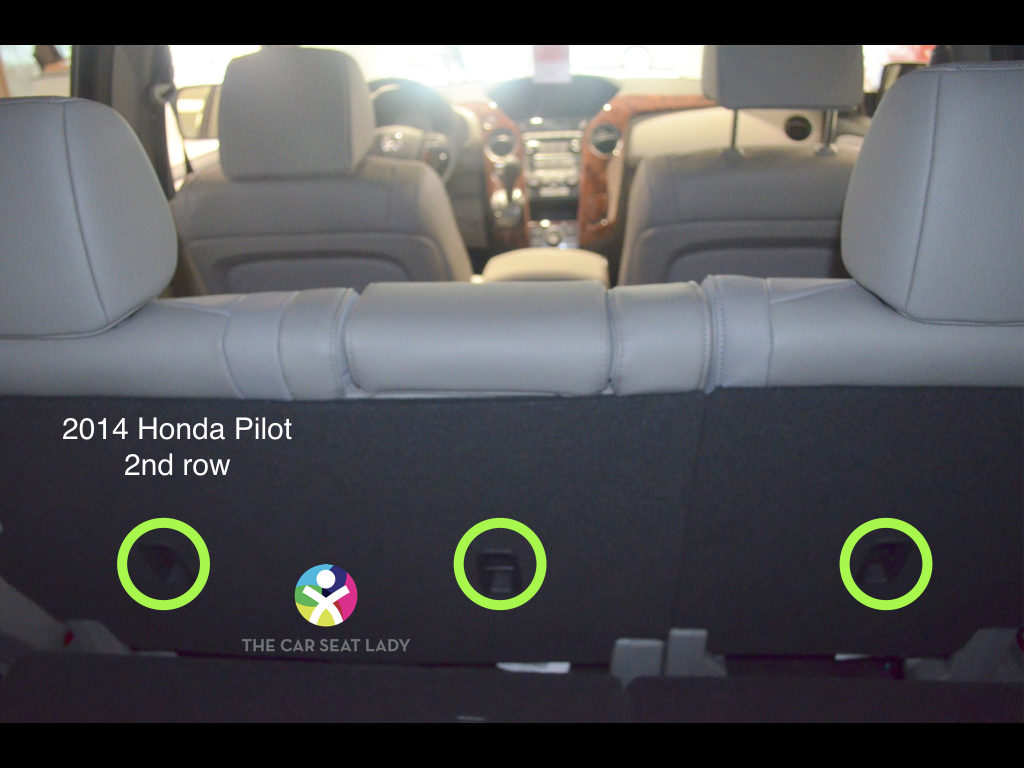 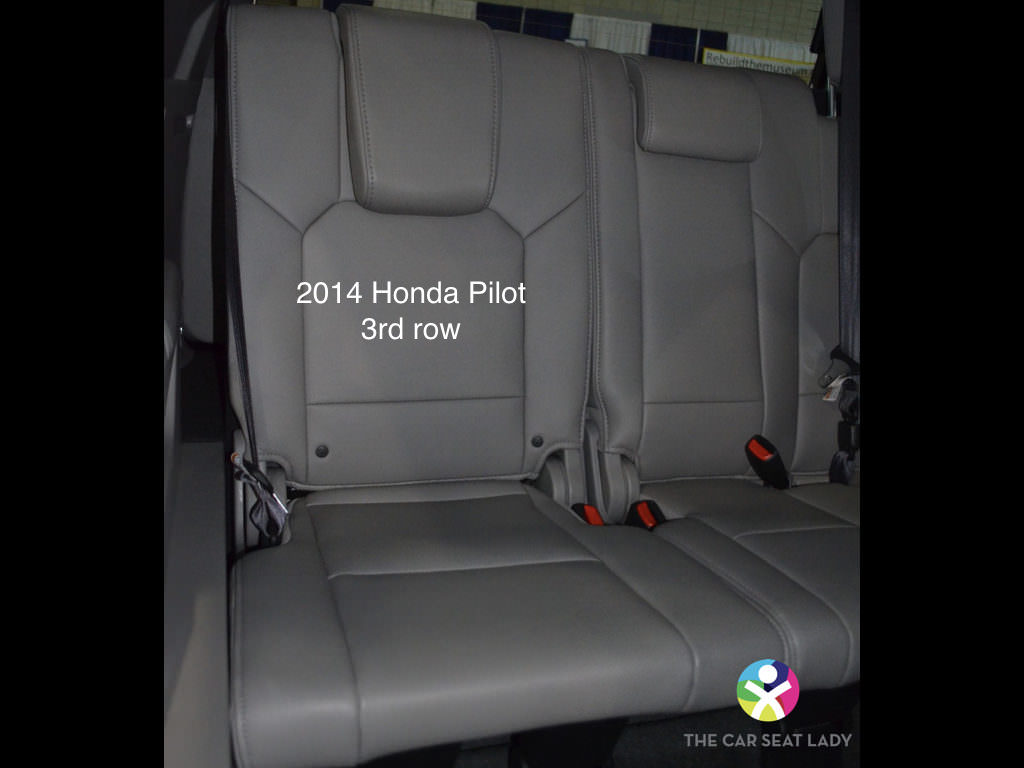 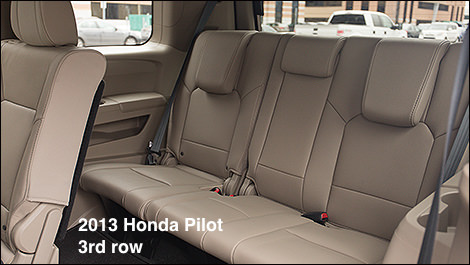 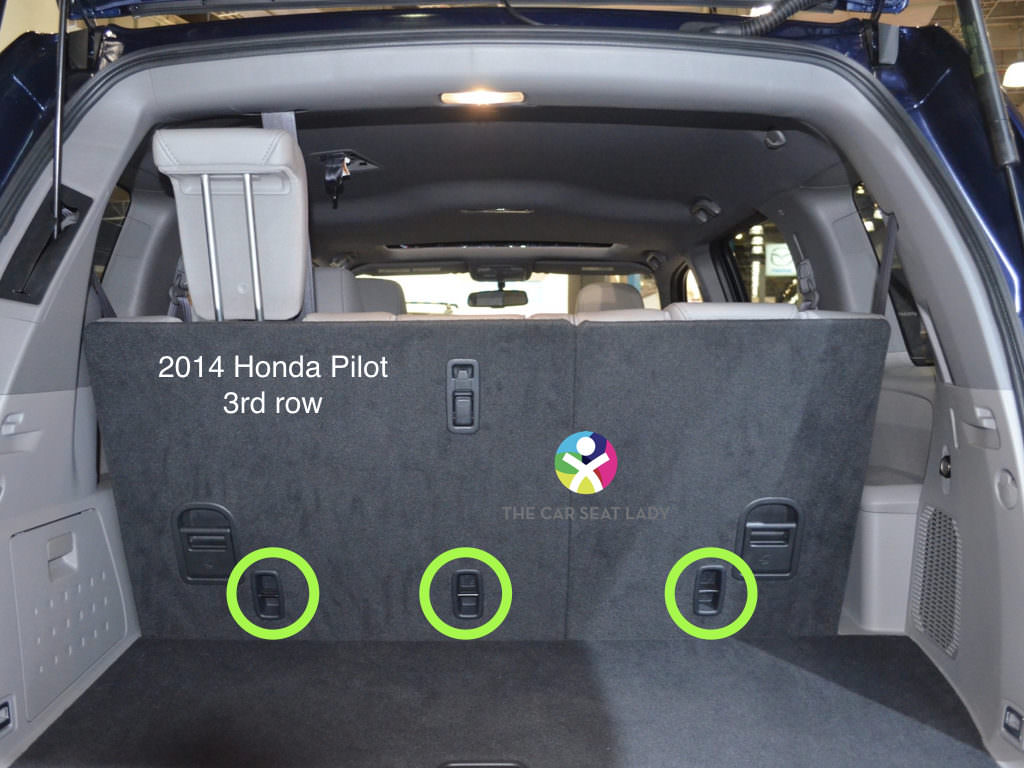 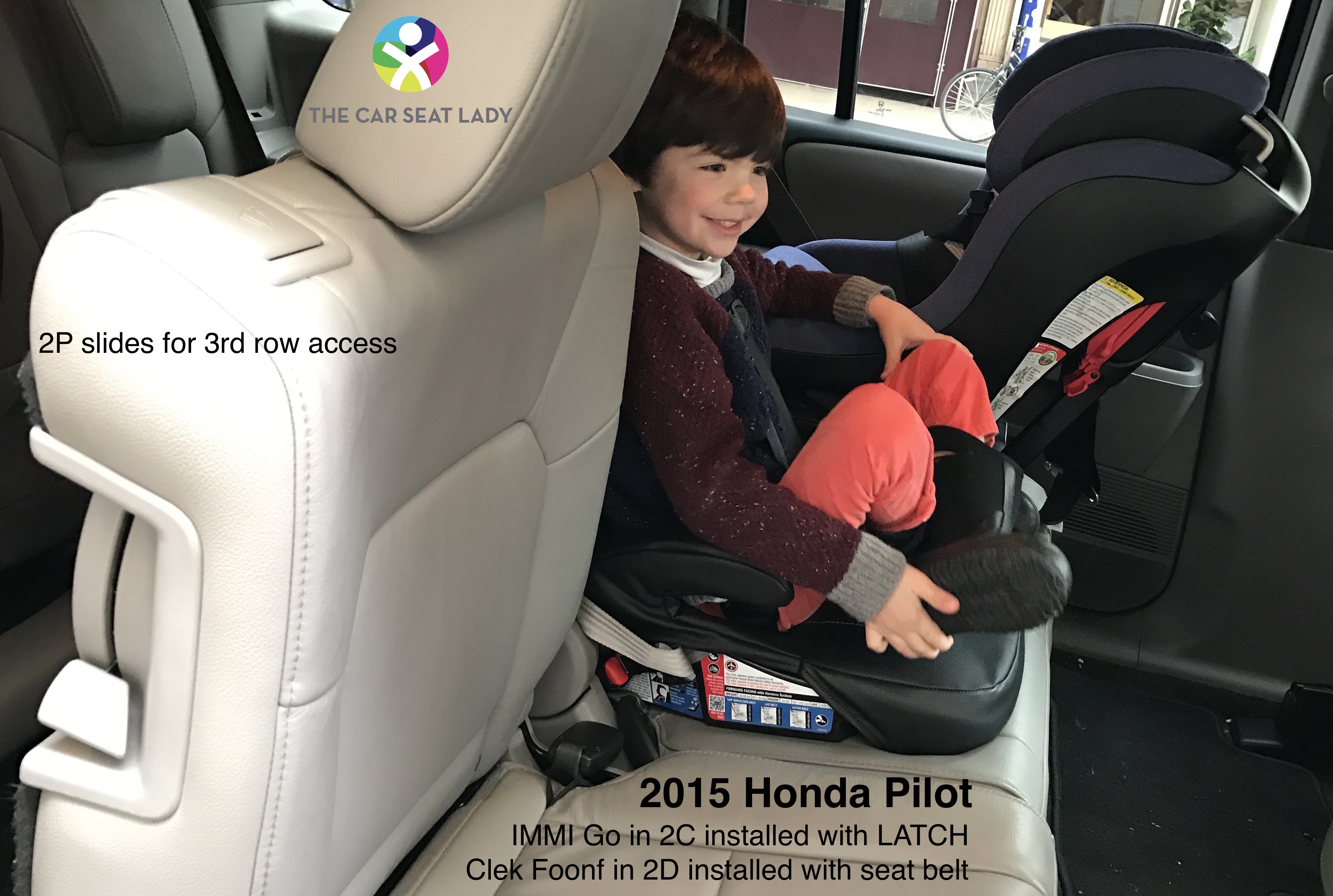 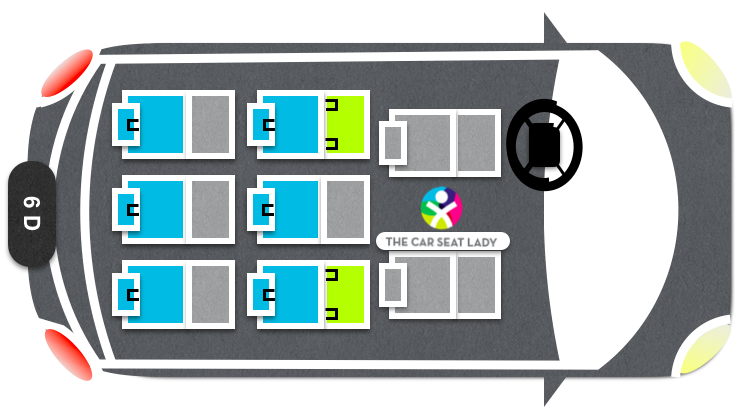 This vehicle accommodated 3-across in the 2nd row very well as it had a very wide, relatively flat 2nd row bench. Surprisingly the newer model years were NOT so favorable for 3-across as the 2003-2008. 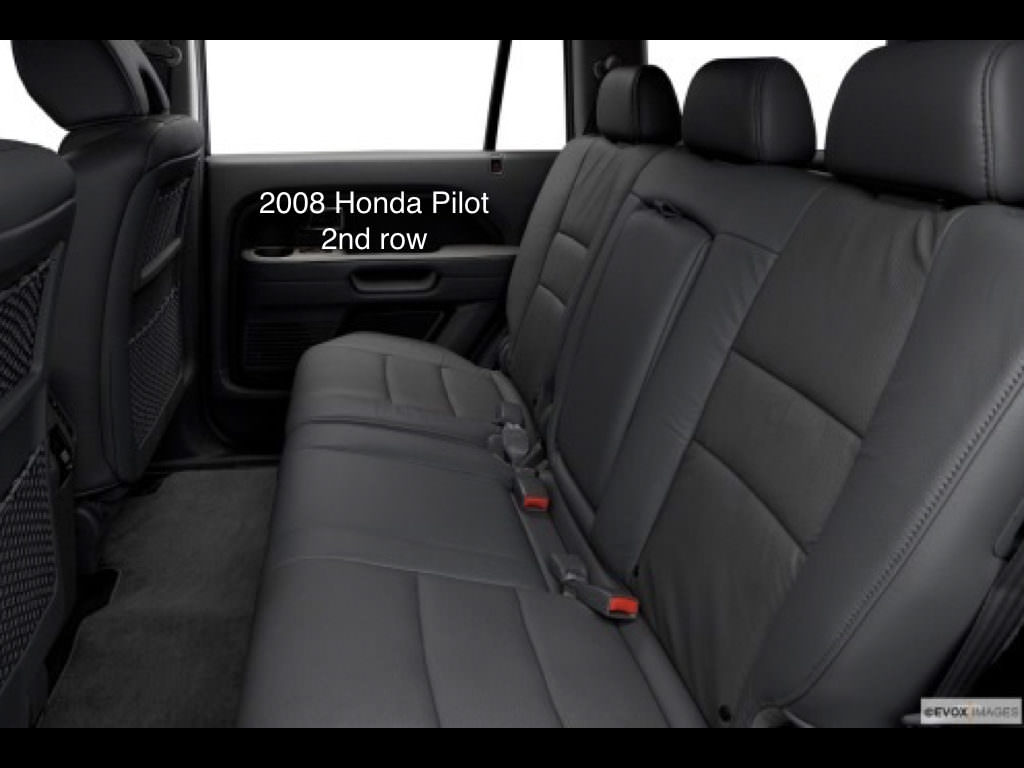 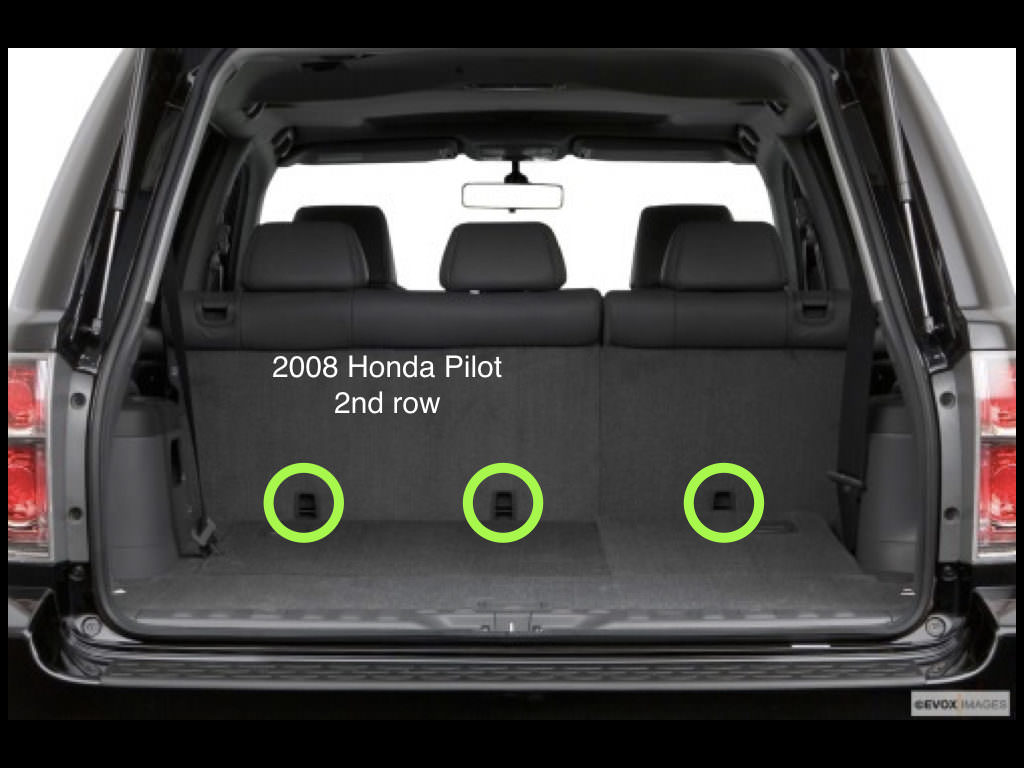 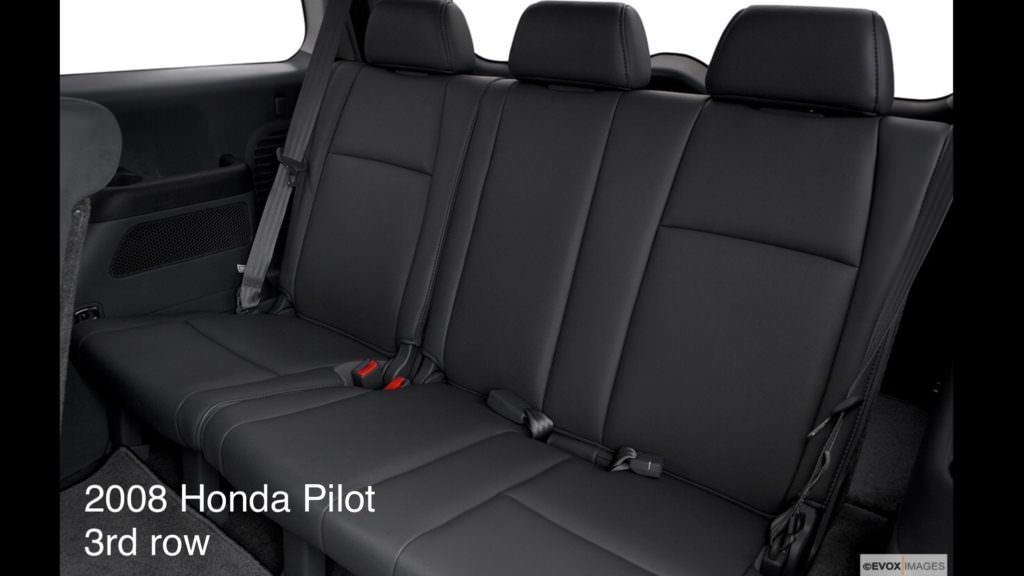 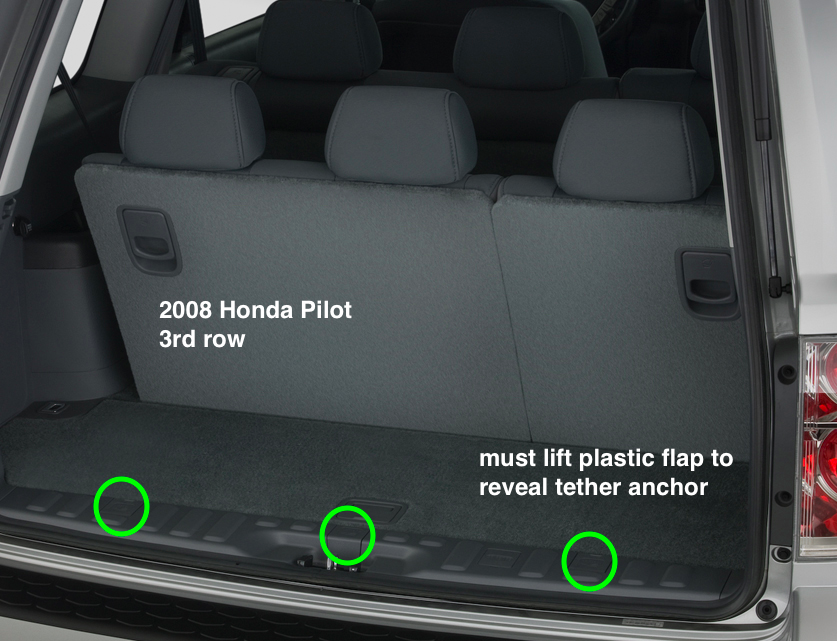