Posted in: Blog, Response to Media 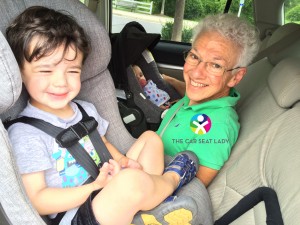 As you read this post, keep in mind that rear-facing is the safest thing we know how to offer a child in a car – studies show fewer injuries to all parts of the body, including the head and spine, when kids ride rear-facing compared to forward-facing. Also remember that rear-end crashes aren’t where most kids are getting hurt; 43% of injuries to children in car seats occur in frontal crashes, 33% in side impact crashes… and just 15% in rear-end collisions.

As a pediatrician and national expert in child car safety, I have deep concerns about the scientific validity of this study highlighted in the Nov 2, 2015 Washington Post for the following reasons:

So… for those of you who have read this far here is what we suggest:

Still worried about having your child riding rear-facing in a rear-end crash… here’s one mom’s story of a horrible rear-end crash from December 2014 (the pictures below show how horrific it was… the trunk is nearly obliterated): 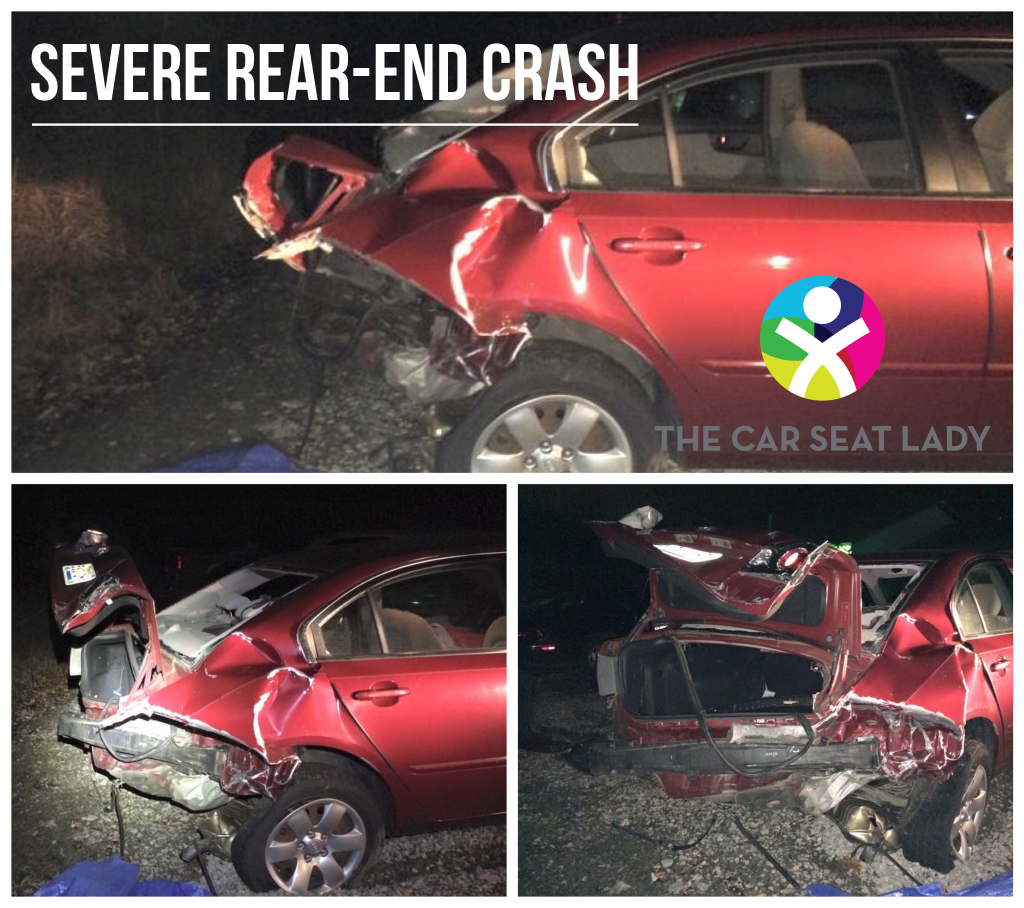 My daughter, mom and I were involved in a hit and run accident a couple weeks ago. While stopped at a red light on a highway, we were rear-ended by a man going around 90mph who the cops were in pursuit of for reckless driving. We were sent 200 ft and into oncoming traffic. Luckily my 22 month-old was rear facing in the center and came out unscathed! My mom was in the back with her and suffered neck trauma. The paramedics told us it was a good thing my daughter was rear facing as she could have suffered horrible injuries, even a broken neck!